They want it all – dangerous territory

Walmart is in the early stages of talks to buy health insurer Humana, according to The Wall Street Journal.

A deal between the two huge companies would be the latest in a series of mergers in the health care industry in recent months.

Walmart(WMT) and Humana (HUM) are looking at a variety of options, including an acquisition, the Journal reported late Thursday, citing people familiar with the matter.
Powered by SmartAsset.com
SmartAsset.com

Shares in Humana, which has a market value of more than $37 billion, leaped about 11% in after-hours trading following the report. Shares in Walmart, whose market value tops $263 billion, declined around 1%.

Sam’s kids are not satisfied with have 3/4 of the the pie, like the Amazon Kid Bezos, they want it all.

Not only is it  dangerous for a very few companies like Walmart and Amazon to gobble-up and be in control of so many different industries because of the monopoly aspect,  it is detriment to the public when the competition choices becomes less and less available to us.

Not to mention the fact that, if the deal goes through, there will be billions of bits of personal information Humana has that will now be accessible to 1,000’s of more people.

Lets face it folks. ITTTTTTTT is totally out of control. What the citizens of this country and probably the world have become are functional robots that are controlled by SUPER HOGS, the guys with the financial joy sticks.

It has to be an ego thing that drives these SUPER HOGS to want to control everything. When is enough, enough for them? As we can see, Walmart is already worth 263 bbbbillion dollar$. How much more $oldi do they need??

Can we even begin to imagine if there were only 3 or 4 merchants in this country that controlled all the purse strings. If we think we are getting screwed now every-time we shop, we haven’t seen anything yet. The SUPER HOGS will be naming their own prices and be driving everyone into the poor house or should I say poorer house.

It had to be 20 years ago when I read about the HYPOTHETICAL financial situation in the world, where there would be only 2 or 3 SUPER HOG companies that controlled everything. WELL, the time is quickly approaching.

It has to be a game with the SUPER HOGS like Jeff Bezos, Amazon’s owner and the Waltons. They certainly do not need the money. They are like junkies that are always looking to get their next conquest toget them higher than the last one.

I certainly do not believe in government control, BUTT I do believe that some of the government’s primary functions is SUPPOSED to be, to make sure their citizens are protected, financially and physically.  The problem is, many of the the people that hold the purse strings are share holder in the companies that are try to dominate everything.  We are being screwed – blued and tattooed from every direction and can do very little about it.

Put this in your pipe and smoke it. Take a look and see what the poorest Walton is ONLY worth:

Isn’t your heart bleeding for Nan????  The poor thing is only worth 5.7. I would be willing to bet that there is a lot of friction going on in the family because of the disparity in their net worth.

I know a family years ago that was worth in excess of 700 million dollar$. The wives of the two brothers were constantly in a cat fight with each-other making their old man’s lives miserable.

It got so out of hand, a judge had to be appointed to divvy up the money to put an end to the family’s friction.

If anyone is under the illusion that these SUPER HOGS are out there, doing what they are doing for the benefit of the public; THINK AGAIN!!

Get the Vaseline ready. 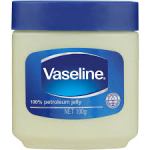 If we think the price of poker is high now; hold on to your hats and bonnets.

ORRRRRRRRRRR, if Steven Hawking is correct, possibly the Outer Space Dudes will put an end to the earthlings misery.

According to Steven Hawking “If aliens visit us, the outcome would be much as when Columbus landed in America, which didn’t turn out well for the Native Americans,” Hawking has said in a forthcoming documentary made for the Discovery Channel. He argues that, instead of trying to find and communicate with life in the cosmos, humans would be better off doing everything they can to avoid contact.

Let’s face it folks, we are screwed in any direction we go. If the Super Hogs don’t do us all in; the outer-space dudes will.  Why dudes? I don’t want any PC-ers criticizing me as to what gender they may be. Dudes covers them all, even the transgender alien dudes.

Have a GREAT weekend!! Better hurry over to Walmart, I hear they have a huge sale on prophylactics.

COMMON-SENSE is the name of the game Addressing topics other bloggers shy away from. All posts are original. Objective: impartial commentary on news stories, current events, nationally and internationally news told as they should be; SHOOTING STRAIGHT FROM THE HIP AND TELLING IT LIKE IT IS. No topics are off limits. No party affiliations, no favorites, just a patriotic American trying to make a difference. God Bless America and Semper Fi!
View all posts by The Goomba Gazette →
This entry was posted in $oldi, all about money, Big business, control, corruption, Evil, Greed, money, Power, The world we live in and tagged As the rich get richer ..... Bookmark the permalink.