Mr. Karma should pay her a visit ….

How can anyone with a 1/10 of a brain wrap their head around a situation like this?? The mayor of a major city in the USA deliberately hiding out fugitives by warning them the federalizes are on the way.

This lawbreaking mayor has gone way over the edge of common-sense, justice and safety for her city. If anyone is ever harmed by one of the illegals she is protecting, they should sue the hell out of her personally and then the city.

A sweep of Northern California by federal immigration officials this week, which was partly thwarted when the Oakland mayor sounded the alarm, nabbed a number of illegal immigrants convicted of a variety of serious and violent crimes.

An ICE spokesperson gave Fox News a list of the types of crimes for which those arrested in the rad had been convicted. They cover a range of bad behavior: aggravated assault, murder, hit-run, lewd acts with a minor, burglary, cruelty toward a child, indecent exposure, domestic violence, drug trafficking, battery, sex offenses and false imprisonment.

ICE pointed, in particular, to the case of Armando Nunez-Salgado, a Mexican gang member who had been deported four times and had convictions including assault with a deadly weapon, burglary, hit-and-run causing injury and evasion of a police officer.

Has Mizzy mayor and her flock hear of harboring a fugitive??  There are laws against it.

An offender is subject to imprisonment for not more than one year, unless the warrant or process was issued on a felony charge, or after conviction of the fugitive of any offense, in which case the offender faces a maximum term of imprisonment of five years.

I think it about time PDT quits playing PUSSY FOOT with these law breakers and puts the hammer to them.  The Wolf tickets he is selling are not cutting it.

Immigrations and Customs Enforcement (ICE) officials announced this week that the four-day raid led to the arrest of 232 illegal immigrants in the San Francisco Bay Area.

Of those 232, 180 “were either convicted criminals, had been issued a final order of removal and failed to depart the United States, or had been previously removed” from the country and had come back illegally.

Another 115 “had prior felony convictions for serious or violent offenses.”

I have a suggestion for the PC-left winger residence of California.  They should all get together and secede from the USA. This way there is no debate or confusion as to what is legal and what is illegal.  They can develop their own constitution and write their own laws.  They can have their poison and drink it too.  The dissidents in some of the other liberal states can get together with them and follow the fools over the cliff.

Why continually bump heads with the federal government as to what is lawful and what isn’t when they can be independent and do their own thing.  I think that would be a win – win for everyone concerned. They can waddle in their own mud puddle and not worry about getting the rest of us dirty. 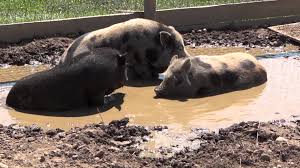 REPEAT: The only way these oblivious fools will ever see the light of reality, is if one of them or their relatives falls victim to an illegal they are hiding out.

COMMON-SENSE is the name of the game Addressing topics other bloggers shy away from. All posts are original. Objective: impartial commentary on news stories, current events, nationally and internationally news told as they should be; SHOOTING STRAIGHT FROM THE HIP AND TELLING IT LIKE IT IS. No topics are off limits. No party affiliations, no favorites, just a patriotic American trying to make a difference. God Bless America and Semper Fi!
View all posts by The Goomba Gazette →
This entry was posted in anti-American, anti-everything, anti-patriotism, fools, immigration, The world we live in and tagged Get your hats and bonnets FOLKS. Bookmark the permalink.

3 Responses to Mr. Karma should pay her a visit ….