It never ceases to amaze me the power of the buck.

The fact that these over-paid , pampered athletes have a license to steal and beat the system because of their celebrity is unconscionable.

I knew from the beginning there was no way that Rice was going to do his time, he is too valuable of  a player that has big bucks and could afford the best “ambulance chasers” in the business.

It has always been the standard that big money always walked if and when they were arrested for crimes they committed. The same rules that apply to the normal citizen does not apply the wealthy.

Recently a guy in Florida that was trying to protect his daughter from getting beat up by her boyfriend got 20 years in prison with NO possibility of parole for firing a shot in the air to get the punk off his daughter.  True justice.

Athletes and other celebs have been immune to the same set of rules that us commoners have to live by. Many of the times they are charged with a crime, especially by involving a women and  there is a pay off to keep the victim quiet.

Going all the way back to Edward Kennedy, when he was responsible for the death of Mary Jo Kopechne; her parents were paid a million dollars by the Kennedy family not to have her exhumed to prove Eddy’s wrong doing.

Who else but a Kennedy could get away with leaving the scene of a crime and show up 8 hours later after he cleaned up, called his ambulance chaser and contrived a great excuse.

Here we have one of  basketball’s biggest spoiled brats  Kobe Bryant that was charged with sexual assault and walked clean. One of Kobe’s stooges got to the victim and gave her a big fat envelope to keep quite. The charges against the “double dribbler” were dropped after the woman refused to testify.

After the fact she won a civil lawsuit which was settled out of court. One of the conditions of the settlement was that Kobe apologize to his accuser but he refused to admitted any culpability in the crime.  Why apologize if you are not guilty?

One of the greatest travesties  of justice was the OJ “comedy show” when the Juice got away with murdering/slaughtering his ex-wife Nicole and her friend Ron Goldman.

From what I remember that it cost “the killer” about 10 millions dollars if not more to beat the rap but he walked away from his first trial as clean as the board of health.

The glove fiasco was the clincher for the trial. “If it does not fit you must acquit”. These shyster lawyers of OJ’s wet that glove, put it in an oven to dry and it shrunk so small OJ could not get it on. He should have got the academy for his performance trying to pull on that glove. 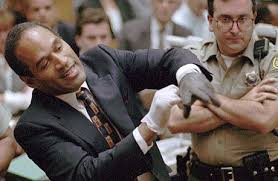 I have no idea how some of these ambulance chasers can sleep at night, knowing all well and good that their client is DEAD wrong.

The list of celebs that have gotten away with murder and other serious crimes is endless.

As long as there are judges and public officials that need new swimming pools or a new Rolls, teams that are willing to go to the cross for their guilty player, this type of injustice will never end.

COMMON-SENSE is the name of the game Addressing topics other bloggers shy away from. All posts are original. Objective: impartial commentary on news stories, current events, nationally and internationally news told as they should be; SHOOTING STRAIGHT FROM THE HIP AND TELLING IT LIKE IT IS. No topics are off limits. No party affiliations, no favorites, just a patriotic American trying to make a difference. God Bless America and Semper Fi!
View all posts by The Goomba Gazette →
This entry was posted in Celebs, corruption, Uncategorized. Bookmark the permalink.