Who will the demos blame now??

Cut and dry, the gunman is psychotic and hates everyone including PDT. That really pisses off some of the far-left democrats who always jump on the slaughter wagon and immediately try to put the hammer to Trump. The next thing they will come up wiht, Trump pulled the trigger.

On the social media, Robert Bowers criticized President Trump, calling PDT a “globalist, not a nationalist.

Bowers is not alone, the world is full of wack-jobs like him that sit in front of the tube with a sharpening wheel and a machete, working them-self into a frenzy,  trying to figure out who is going to be their next victim.  Their main twisted purpose is to TOP the ones that came before them, trying to out-due their body count. 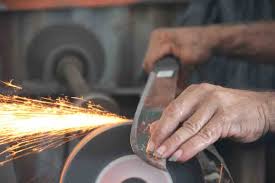 What can be done to control these sickos or prevent them from going haywire?? Not much,  except for people around them being vigilant and reporting them to the authorities before they cut loose.

BUTT, before that happens, the do-gooders/bleeding hearts in the legal system have to change the laws allowing cops to arrest people on the grounds of suspicious behavior or possibly being a threat to society. Until that happens copy-cat crimes like this well be part of our everyday routine.

I know, the ACLU and the other hippies left over from the 60’s will cry foul. It seems to me in many circumstances, these fools do not understand  that, serious condition call for serious actions.

I am an advocate of stopping someone and challenging them if they look suspicious. Is this type of law enforcement extreme?? Probably, BUTT if conditions did not exist as they do, the necessity would not  be there. If out of 100 people challenged, 1 or 2 are found to be out of line and arrested, that would be worth all the heat coming from the naysayers.

If the law makers do not loosen up on the cops restrictions, they can expect more and more of these slaughters to take place.

There is always a down side. One BIG problem with this type of law enforcement, the rogue cops, who under normal circumstances are a danger to society.  That should be left up to the authorities that control them to weed them out before they go hay-wire.

Complex?? Absolutely and will be very hard to put int practice. If there is not a move made in the right direction, HOLD ON TO YOUR HATS FOLKS, the storm will be getting worse and worse. 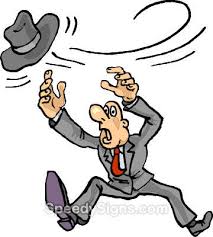 One thing that really troubles me is when cops are without a question of hassling someone, beat them up or killing them, they are found not to be responsible for their actions.

Euclid, Ohio, officer will get his job back after being fired … – CNN.com

https://www.cnn.com/2018/10/23/us/fired-euclid-ohio-officer-reinstated/index.html
4 days ago – A suburban Cleveland officer who was fired last year after video surfaced of him beating a black motorist during a traffic stop will bereinstated …

Any fool that can says this cops was not 110% wrong is either a liar, stupid and idiot or all of the above. BUTT what does he get, a slap on the wrist and reinstated.  Tha cto me is a miscarriage of justice.

My suggestion of mandatory sentencing on a national level is the best way to combat these types of situation. A crime committed in Alaska, the criminal receives the SAME sentence as if they committed it in California or anywhere else in the country. Tell me what is wrong with that??

Let me guess how long it would take our politicians to kick this one around before they shit canned it. Why, because it makes sense.

You can be sure of one thing, as I am pound these key, there has to be 100’s if not 1,000’s of nuts cases out there trying to figure out how they can TOP this one.

Keep your eyes and ears open and your fingers ready to dial 911. Even if your suspicions are wrong, they may not have been.

Report anything you see or hear that looks out of line. You may be the savior to a lot of people, including yourself or your family.

COMMON-SENSE is the name of the game Addressing topics other bloggers shy away from. All posts are original. Objective: impartial commentary on news stories, current events, nationally and internationally news told as they should be; SHOOTING STRAIGHT FROM THE HIP AND TELLING IT LIKE IT IS. No topics are off limits. No party affiliations, no favorites, just a patriotic American trying to make a difference. God Bless America and Semper Fi!
View all posts by The Goomba Gazette →
This entry was posted in anti-everything, Anti-Trump, Crime, Evil, ignorance, naysayers, self defense, The world we live in and tagged DIAL OR DIE. Bookmark the permalink.