Is this the best they can get on Kavanaugh??

According to a report by The Intercept, the letter was relayed to lawmakers by an individual affiliated with Stanford University and concerns an incident involving the 53-year-old Kavanaugh and a woman while they were in high school. According to two officials who spoke anonymously with the New York Times, the incident involved possible sexual misconduct between Kavanaugh and the woman.

Only because PDT nominated Kavanaugh is all this commotion being stirred up by these nit-wits. If CHC was in office and tapped Kavanaguh on the shoulder with the sword, he would have been canonized the same day.

Take a look at Kavanaugh’s background and tell me he is not as CLEAN AS THE BOARD OF HEALTH. His only problem is, he is a conservative and has been given the nod for the Supreme Court by the most hated president in history.

Donald Trump ranked worst president in US history by nearly 200 …

Feb 19, 2018 – According to the 2018 Presidents & Executive Politics Presidential … his first year in office as the most unpopular president in modern history.

Why is PDT considered the most hated president ever in office?? There are a lot of reasons, some he brings on himself, BUTT mostly the others are contrived by his opposition.  He is NOT a politician in the true sense of the word, he is not a capitulator, he doesn’t care whose toes he steps on to get the job done, will not succumb to outside pressures, doesn’t take any guff from anyone, can not be manipulated by the system – either domestic or foreign and a few others. For the most part, his biggest detractor is his mouth.

BUTT what is so curious to me, when PDT was The Donald, a good majority of the sheep that are now trying to lynch him, were kissing his ass trying to get next to him.

All of this dissension directed toward the man has nothing to do directly with him, it is because of the guy that gave him the tap, who is the evil knight they want to execute.

I would love to do a background check on all of the Boulder Rollers that have an axe to grind with PDT and anyone associated with him. GUARANTEED; they are not as squeaky clean as they would want us to believe.

There are not many men in politics as clean as Kavanaugh, BUTT he is an appointee of PDT, that is his hang-up.  Grow up fools and look under your own bed. 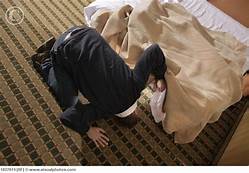 You may be surprised what you find under there that you don’t want disclosed to the public.

COMMON-SENSE is the name of the game Addressing topics other bloggers shy away from. All posts are original. Objective: impartial commentary on news stories, current events, nationally and internationally news told as they should be; SHOOTING STRAIGHT FROM THE HIP AND TELLING IT LIKE IT IS. No topics are off limits. No party affiliations, no favorites, just a patriotic American trying to make a difference. God Bless America and Semper Fi!
View all posts by The Goomba Gazette →
This entry was posted in absolute nonsense, anti-everything, Anti-Trump, classless people, dirty politics, far-left fools, injustice and tagged Look under your own bed 1st. Bookmark the permalink.