Are these Canucks kidding me???

Parents may face charges after hogtying ‘predator’ they say wanted sex with their 13-year-old daughter: reports

In the true tradition of some Canadian PC-pathetics, bleeding hearted, thank you and please, overbearing politeness; they are considering prosecuting some perverted son-of-a-bitch predictor that was trying to make a move on a couples 13 year old daughter because they hog-tied the vermin.

A Canadian couple may face charges after live-streaming their home-brewed sting operation Thursday against a man they called a “predator” looking to have sex with their 13-year-old daughter.

The supposed suitor, an unidentified 28-year-old man, has not been charged for showing up to the parents’ home in Port Alberti, British Columbia, CTV reported.

The girl’s mother reportedly invited the man to her home after intercepting sexually explicit messages she says the man had sent her daughter via Instagram.

Dramatic footage taken from the house shows the hogtied man writhing on the floor as a woman berates him. (WARNING: GRAPHIC LANGUAGE CONTENT)

“He wanted to be her first,” says the person videotaping the incident, which was broadcast on Facebook Live. “We fucking tackled him and zap strapped him and called the police.”

He wanted to be her first, I say, good for the caring parents that went to their daughters defense. There should be more people like them who do not leave it up to the authorities for justice and crime solving.  The parents should get the Protectors of the Year award.

What do we see with some of the waked-out judges here in the USA hand down to rapists and murderers. PROBATION!! Are you shitting me? Years back, there were some states rapist received the death penalty.

My retribution/retaliation in a situation like that would have been more severe than the parent took. He would have wound up in sick bay for about 6 month after I bet him with my tailor-made ball bat. The sons-a-bitch should consider himself lucky.

He got off easy. After all; how do we contain an out of control hog? Naturally by hog tying them.  I don’t see what the controversy is.

What if this happened to one of the Mounted Police family members? Would they invite the degenerate in for dinner? Make his sirloin medium rare. You don’t want to insult your daughter guest. How do they know the bastard would not have killed the girl after he had sex with her???

The smart thing for the authorities to do is; get on the Tele and praise what the family did, making an example out of the would-be rapist.  Tell the nation this is what happens to degenerates.

I truly love the Canadian people. Most of them are loving and caring individuals, BUTT too a fault. They are their own worst enemies when it comes to using good old common sense.  YEAH!!!!!

Let family justice prevail in some of these cases and I will bet that the crime rate will go down. 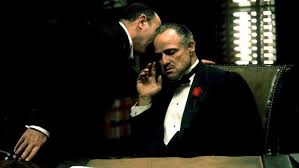 After-all; what should be the most precious to a person’s family than their kids???

We NEVER had this problem where I grew up. IFFFFF some fool got out of line, THE NEIGHBORHOOD  took care of business and that was the end of it.

Give me back the old days.

I know bleeding hearted PC-ers; you detest brutality. Brutality is NOT brutality if it is justifiable.

COMMON-SENSE is the name of the game Addressing topics other bloggers shy away from. All posts are original. Objective: impartial commentary on news stories, current events, nationally and internationally news told as they should be; SHOOTING STRAIGHT FROM THE HIP AND TELLING IT LIKE IT IS. No topics are off limits. No party affiliations, no favorites, just a patriotic American trying to make a difference. God Bless America and Semper Fi!
View all posts by The Goomba Gazette →
This entry was posted in absolute nonsense, Evil, Foreign News, injustice, Opinion, self defense, The world we live in and tagged Let the Don take care of it. Bookmark the permalink.

1 Response to Are these Canucks kidding me???