I wanna be 1st 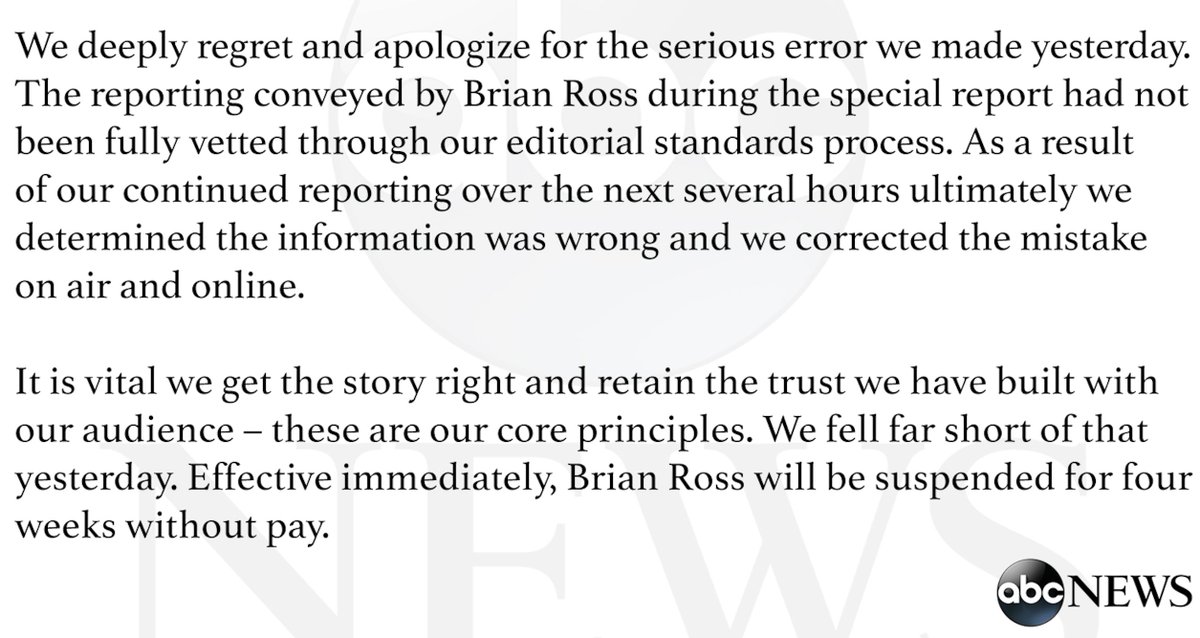 One of the biggest mistakes made in the media is them being consumed with being 1st with the scoop and being the news-hero.  Many times trying to get a jump on a story and the competition can come back and bite them in the ass. This is exactly what happened to Ross.

I remember the confusion and Chinese Fire Drill that took place when JFK was shot. All of the media hawks were chomping at the bit trying to be first in reporting that JFK bought the farm. They all had in in the box long before he actually died.

Finally Walter Cronkite gave the bad news to the world.

It is refreshing to see that many of the news media and other power-leaders are taking positive steps to try and RIGHT what their people have WRONGED.  That has not always been the case.  When someone of any power-position screwed up, they usually tried to hide them away on some deserted island in the South Pacific until the black cloud blew over.  Now that they are under the microscope, they are forced to take disciplinary actions against their FOUL BALLS.

I don’t think Ross will miss any meals while he is on his 4 week unpaid furlough.  He is allegedly worth a few million dollar$.

Being 1st is all well and good as long as being right should supersedes the information.

COMMON-SENSE is the name of the game Addressing topics other bloggers shy away from. All posts are original. Objective: impartial commentary on news stories, current events, nationally and internationally news told as they should be; SHOOTING STRAIGHT FROM THE HIP AND TELLING IT LIKE IT IS. No topics are off limits. No party affiliations, no favorites, just a patriotic American trying to make a difference. God Bless America and Semper Fi!
View all posts by The Goomba Gazette →
This entry was posted in news media and tagged unpaid vacation. Bookmark the permalink.