Do not sell this is villain (Oil Can Harry) short ….

Vladimir Putin thinks no one in the West listens to him. The Russian President has been saying it for years. 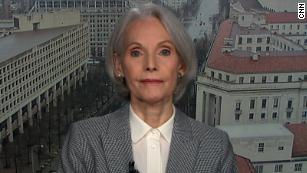 In 2018, boasting of Russia’s new and more fearsome nuclear weapons which, he claimed, he had warned the United States he would have to develop to counter their anti-missile systems, he said: “No one listened to us then. So, listen to us now.”

Being ignored by the US, apparently, gets under Putin’s skin. On Feb. 24, the day he announced what he called his “special military operation” against Ukraine, he contemptuously challenged the US, saying: “They sought to destroy our traditional values and force on us their false values that would erode us, our people, from within, the attitudes they have been aggressively imposing on their countries, attitudes that are directly leading to degradation and degeneration, because they are contrary to human nature. This is not going to happen. No one has ever succeeded in doing this, nor will they succeed now.”

With all of that being said; should the world be paying more attention to the madman when he claims he will use hypersonic weapons if he feels he’s losing the battle in Ukraine?? I think we should take him DEAD seriously.

There were several concrete reasons why his threats should not be ignored. # 1 he is an ego maniac – # 2 we cannot stand defeat at any level, even on the Judo Mat # 3 he relishes the fact that he is a man of his word, however demented it is. These are some very good reasons why Putin should not be underestimated.

If you read between the lines, Putin is like Larry Holmes. All of Larry Holmes boxing career, regardless of all his achievements, including heavyweight champion, all he wanted to be was respected.

Same O – Same O with Putin. He wants to be acknowledged and respected throughout the world at all costs, even if it means death and destruction to hundreds of thousands of people and property. One of the primary reasons he started the war in Ukraine was to get the attention of the world. If nothing else, he certainly did that.

As always; keep your eye on the hog and your finger on the trigger. Preemptive and beating the opponent to the punch have always been my MO. Catch them with their pants down.

Those who hesitate have lost.

There was only one thing that gives me any sense of comfort regarding the Ukraine war. Kamikaze (the wrecking ball) Joe is not running show against Russia. There has never in the history of the United States been such an incompetent leader as Kamikaze Joe, bar none. With him spearheading the way with the war, I would almost guarantee Russia would be the victor.

Anyone that can insist with the straight face The United States is prospering/doing well under his administration; has to have a few loose screws and some loose boards in their attic. The guy is an absolute maniac, constantly trying to compare his upbringing with the common man. Without a doubt, delusional and very dangerous at the highest level.