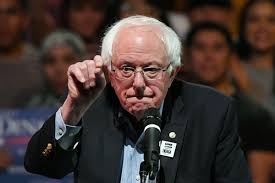 Monday morning quarterbacks and second-guessers are a dime a dozen and a real pain in the ass. I have always maintained; if you do not have a better solution or suggestion, shut the fuck up.

These far-left-wingers are like the fools who take a wet pain sign off of a park bench, then hide behind a tree and laugh at the poor guy. Always trying to make someone look like a fool. BUTT in the process, their insecure character comes out in them.

Colonel Sanders, (because he is chicken) one of his solutions to righting all of the wrongs in the USA, like his nemesis  TMC, to enact Universal Income. They want to give everyone in the USA a free ride, BUTTTT they have no idea on how to fund the handouts. That is just one example of many.

Where the hell does TMC and all of his henchmen think that all of the coin comes from that pays his outrageous pension and other free-bees?? People don’t have to work according to universal income, who pays the taxes??

How can a person make promises they absolutely know they can not keep?? Who is the real villain; the promising fool or the person that lays the truth on the line and takes the hits for it??

Human Nature is very fickle. All the towns people were tired of the lawlessness and corruption, so the hired Wyatt Earp to clean the swamp.  After Earp and his crew got rid of all the dead weight and corruption, the cowardly towns folk became intimidated by him and his crew and AXED him to Get his TEN GALLON LID and get out of Dodge.

Some O – Same O. Now that Wyatt Trump is getting a handle on the state of the union, all the left-wing fools are shitting in their pants. They do not have any toilet paper to wipe themselves, because they gave it all away in the last election.  I guess they have to resort to using poison ivy. They would have been better off using a cheese grater.

Bernie Buddy STFP and GMAFB (I love acronyms). We are all tired of hearing you make promises that are impossible to keep.

You want to hear the truth; although it may be a little tough to listen to, turn up the volume when PDT is kicking ass and taking names. Does he need a little more polish?? It depends on who you AXE!!

Is he 100%??? We all know the answer to that, we are not stupid.  Always look at what we would have had if the election went to other way. We would have had an admitted liar (among other things) as prez and her advisor would be none other than, WB, king of the interns.

COMMON-SENSE is the name of the game Addressing topics other bloggers shy away from. All posts are original. Objective: impartial commentary on news stories, current events, nationally and internationally news told as they should be; SHOOTING STRAIGHT FROM THE HIP AND TELLING IT LIKE IT IS. No topics are off limits. No party affiliations, no favorites, just a patriotic American trying to make a difference. God Bless America and Semper Fi!
View all posts by The Goomba Gazette →
This entry was posted in America's finest, anti-everything, Bloviating, common sense. Bookmark the permalink.