No room to talk folks ……

Unlike Mrs.O, at the VERY LEAST, no one can ever accuse PDT of not being a patriot. As far as Michelle is concerned, well ……

According to her latest jab at PDT, the Misses will never forgive Trump for his persistence over trying to disprove whether Obama was born in the USA. The Donald did make a very big deal of it at the time.  Was he right in doing so?? I think so. It was a long time before Obama ever responded to the speculation.  Is it 100% clarified now??  I am not positive.

BUTTTT, there is one thing that will always take center stage for me with the EX-1st Lady when she said:

That to me was one hell of a zinger for the 1st Lady of the United States to make, even if that is what she thought. Some things are left better unsaid.

Along the same lines, this is what Eric Holder said coming out if the box:

There was a rumor circulating at one time, that these two FOLKS were going to get together and start a charm school, teaching other FOLKS how to make friends and influence people.  I don’t think it ever got off the ground.  Was it for lack of talent or ……..

Talk about coming out of the box firing. Especially Holder; he made no bones about him being a racist. Anddddd, because he is a black man and was Obama’s # 1 henchman, everyone tolerated him.  At one time Holder admitted he says things Obama wants to say BUTT can’t because he was president.

Speaking of patriotism. at one time Obama refused to wear the American flag pin on his lapel.

http://www.nbcnews.com/id/21138728/ns/…08/…/obama-stops-wearing-american-flag-pin/
Oct 4, 2007 – Obama stops wearing American flag pin … will no longer wear an American flag lapel pin because it has become a substitute for “true patriotism” since the Sept. … You show your patriotism by being true to our values and ideals. … that became a substitute for I think true patriotism, which is speaking out on …
Talk about blatant disregard for his country. The problem is, most peopole don’t like to upset the apple cart, they hide under a blanket and act like certain conditions never existed. 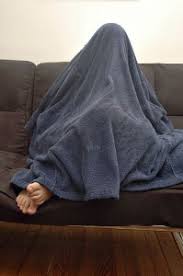 SOOOO, when it comes to throwing stones  ORRRR Rolling Boulders, the Obama administration had it’s fair share of anti-American, racist people in its ranks. My I add, deliberately chosen with a purpose in mind.

As for The Donald, I think the birther thing was part of his game plan/strategy way back when to start rocking the boat, preparing for his assault on politic in the USA, running for The Big Chair. Did he ever!!!!

The way I see it, many of the people connected with Obama and his presidency have no right Rolling Boulders at anyone. It’s all on tape folks.

COMMON-SENSE is the name of the game Addressing topics other bloggers shy away from. All posts are original. Objective: impartial commentary on news stories, current events, nationally and internationally news told as they should be; SHOOTING STRAIGHT FROM THE HIP AND TELLING IT LIKE IT IS. No topics are off limits. No party affiliations, no favorites, just a patriotic American trying to make a difference. God Bless America and Semper Fi!
View all posts by The Goomba Gazette →
This entry was posted in anti-patriotism, Birds of a feather and tagged MAD MICHELLE. Bookmark the permalink.