The political commercials on the tube are making me pull out the little hair I have left.  They are enough to drive a person to the nut-house. 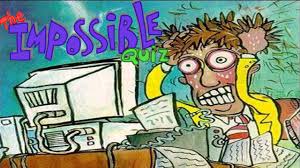 I don’t know about anyone else, but the political campaign commercials on the tube have become so annoying I don’t even want to watch TV anymore. They are flashing them ever 10 minutes or less.

It seems like we just got out from under the 2016 presidential Fiasco of being constantly  bombarded by lying/slanderous politicians with ASSINATION LACED commercials, now we have been subjected/tortured to midterm commercials by the same breed of fools running for office.

What is most astounding to me, some of the accusations made against the candidates by their opponents are so preposterous, if they were even remotely true each and every one of them would have been taken to the gallows or behind bars years ago.

One such claim that happened to be true according to this article, is about Jim Renacci. His  tax returns for 2000 claimed they lost $247,336. But state auditors deemed their S corporation use was improper, and determined they actually made $13,730,440 in profits. They ended up paying $1.4 million in taxes on that money, as well as the $359,822 penalty, but spent years litigating to get the penalty refunded.

Is it logical or common-sense to assume, that a person in Ranaccis’ position should know the tax laws? It has to be a foregone conclusion, he deliberately tried to beat the system and got caught.  What allows a guy like him to run for political office??

Embellishment, racketeering, theft in off, getting kick backs, associating with mobsters, income tax evasion are just some of the claims leveled at the candidates.  Holy shit, if  all of the assertions were even half-way true, are the candidates running for office the best we can do for our country?? According to the accusers, none of them are virgins in the criminal department.

I was always under the assumption that slander/defamation of character were against the law, but there does not seem to be any repercussions to all of the criminal accusations the candidates are slamming against one another. After investigating, the reason they get away with it, the laws are too lenient to prosecute those that making the claims.

It is unbelievably ridiculous that these political commercials can monopolize so much time on TV that we pay hundreds of dollars a month to watch.

Just like Sirius radio who came out of the box touting commercial free entertainment; it was all a big con from the beginning to get subscribers. Once the hook is in, they do exactly what they want. Their prime package is now about 225.00$ a year. Chew on that.

Many of these accusations are so ludicrous it is almost impossible to believe them. I have no idea how these politicians can get away with what they claim.

So far, the only thing I haven’t seen or heard YET, is anyone accused of is being a serial killer or a rapist. Notice I said YET; we have a few days to go.

Hold on to your hats and bonnets. The real dirt in the home stretch is yet to come.

I have always maintained that some of the European countries are a lot more considerate/sensitive to their citizens than the governing bodies in the USA.

In both the United Kingdom and Ireland, paid advertisements are forbidden, though political parties are allowed a small number of party political broadcasts in the run up to election time. The United States has a very free market for broadcast political messaging. Canada allows paid-for political broadcasts but requires equitable access to the airwaves.[1]

COMMON-SENSE is the name of the game Addressing topics other bloggers shy away from. All posts are original. Objective: impartial commentary on news stories, current events, nationally and internationally news told as they should be; SHOOTING STRAIGHT FROM THE HIP AND TELLING IT LIKE IT IS. No topics are off limits. No party affiliations, no favorites, just a patriotic American trying to make a difference. God Bless America and Semper Fi!
View all posts by The Goomba Gazette →
This entry was posted in absolute nonsense, Crime, dirty politics and tagged VOTE ME IN - I AM A SERIAL KILLER. Bookmark the permalink.