I started this post last night. Low and behold the headlines this morning on Fox is: 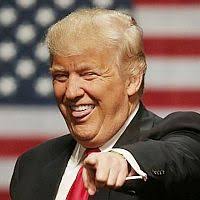 There absolutely has to be some reform in all of our laws to stay current with existing conditions. Many of the law are as antiquated as my Aunt Lucy’s corset. 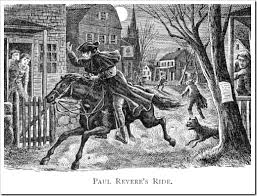 With that in mind, do we think it is about time many of them are brought up to current times and conditions?? Only a wise person would agree. The good old boys that wore the wigs never envisioned the chaos and confusion we have today when they laid out the constitution on their parchment.  How can laws and regulation that were written 250 years ago apply now?? COMMON-SENSE 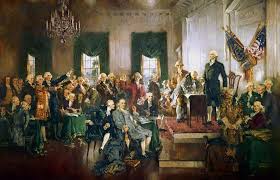 How can anyone disagree that it is time for a revision to many of the rules and regulations that control our daily lives?/

EXAMPLE: The only word an illegal has to utter in order to get through the pearly gates of immigration is asylum.  The only requisite, the person has to claim is one of the following.

Folks; that is it.  The custom agents are bound by law to allow ANYONE who claims they are abused by the conditions above to be immediately admitted to the USA.

After a couple of week waiting period, they are released into the population to await their day in court and they inevitably slip through the finger of the authorities to wander the streets of this country undetected, unless they commit a crime.  If the crime is of a lesser degree, they get a slap on the wrist and are set free. The ONLY way that they can be extradited is if they commit a capital crime like murder.  Does that make any sense what-so-ever??? These fence jumpers have more rights than people who were born here.

Undocumented (sometimes called “illegal”) immigrants living and perhaps working in the United States have some rights under the U.S. Constitution, despite their unlawful immigration status. Aspects of the Constitution that address certain basic human rights apply to everyone, even people without proper documentation.

If you’re an undocumented immigrant in the U.S., keep reading to learn more about your rights.

Even if you’re in the United States without permission or proper immigration documents, various sections of the U.S. Constitution apply to you. There is a particularly important provision of the Fourteenth Amendment stating that, “No state shall . . . deprive any person of life, liberty or property, without due process of law; nor deny to any person within its jurisdiction the equal protection of the laws.”

An undocumented immigrant is definitely a “person.” In brief, this means that you are owed such procedural rights as a jury trial and the right to defend yourself against the charges if arrested; and if someone sues you over a civil matter, that you have the right to receive notice and to defend yourself in court. Also see “Defense Against Removal,” below.

Various criminal charge-related amendments to the Constitution (including the First, Fourth, Fifth, Sixth and 14th) also apply. These protect undocumented immigrants against unlawful search and seizure by law enforcement authorities (without probable cause and a warrant for such an action) and against self-incrimination.

In most cases, you have the right to a hearing in immigration court and to defend yourself against deportation or removal from the United States.

However, an exception known as “expedited removal” allows arriving aliens to be sent back without seeing a judge, except in narrow circumstances such as if they assert a credible fear of return and wish to apply for asylum. And the definition of “arriving aliens” has been expanded under the Trump Administration to include anyone not inspected by an immigration officer at the border who has been continuously present in the U.S. for less than two years.

Another exception is made if you have returned to the U.S. after a previous order of deportation. In this case, no further hearings are available to you, and the previous order can be immediately acted upon.

If you are scheduled for a hearing before an immigration judge (in the Executive Office for Immigration Review or EOIR) you can challenge the grounds on which you are being deported or assert various defenses. In presenting your case, you can testify, submit supporting documents, and call witnesses. You also have the right to representation in immigration court by an attorney, but the U.S. government doesn’t have to pay for one on your behalf. You may be able to find low-cost legal help from a charitable organization serving immigrants.

A handful of U.S. states offer drivers licenses to undocumented immigrants who live there. Note that this does not confer any form of legal status; it merely says you are allowed to drive a car in that state. The states whose laws allowed this, as of 2018, include California, Colorado, Connecticut, the District of Columbia, Hawaii, Illinois, Maryland, New Mexico, Nevada, Utah, Vermont, Washington, and the Commonwealth of Puerto Rico.

See the National Immigration Law Center information on access to driver’s licenses or cards for the latest.

No Right to Work in the United States

It is against federal law for an employer to hire an undocumented immigrant. If you accept a job, then on your first day of work or soon after, the employer will (if obeying the law) check to make sure you a green card, visa with work privileges, work permit (also called an employment authorization document or EAD), or naturalization document.

Use of fraudulent documents to obtain a job is a violation of immigration law, and can harm your future chances of obtaining lawful immigration status. Once you are hired, however, you have certain rights with regard to your relationship to your employer.

Rights If You Are Working in the United States

Like any employee, you have the right to be paid for the work you do, at minimum wage, at least, plus overtime pay when legally required. Like other workers, you also have the right to healthy and safe conditions on the job, free from abuse, exploitation, or sexual harassment.

These rights are all too often violated, however, because employers know the workers don’t want to reveal their undocumented status.

What percent of U.S. labor force is undocumented

Undocumented immigrants are legally protected against discrimination on the basis of race or nationality, by employers or anyone else. Employers must ask you for your legal authorization to be in the United States before they can hire you, but they can’t single you out and ask only you, or only individuals of your nationality. To be legal, the employer’s asking for documentation must be company policy, covering all workers.

An Immigration Lawyer Can Help

The law surrounding the legal rights of undocumented immigrants is complicated. Plus, the facts of each case are unique. This article provides a brief, general introduction to the topic. For more detailed, specific information, please contact an immigration lawyer or an organization serving immigrants, such as the American Civil Liberties Union (ACLU).

Speaking of being born; one of their first objectives is for the ladies in the family to have kid or two so their kids are US citizens and that will make it a lot harder for the government to get rid of them if they ever find them.

Do we think it is about time to change the laws that are taking the country down??  We don’t want to AXE the PC-ers or the far-left-wingers; they are to ignorant to see the forest on account of the threes or that handwriting on the wall.

I have always been of the opinion; if we have a finger that is infected and is killing us slowly, as much as we hate to, it is necessary for our survival to cut that finer off.

These protection laws are an ambulance chaser’s whore dream. They make 100’s of 1,000,000.00 of dollar$ a year defending illegals. Take a guess  who pay the tab?? The tax payers naturally.

When was the last time you went to court and had the government pay your attorney fees???

As I alluded to before; the key to staying in this country is for the illegal ladies to bang out babies every 6.5 months. The more babies they, have the harder it is to push them back under the fence.

SOO, for the readers with common-sense, do we think it is time for a review of all the laws that are working against us??

If the immigration thing is not brought under control, sooner or later, they will be moving all of the legals out of their homes.

Based on all of the fact and figures, what is driving all of the PC, bleeding hearts in this country to give away their land??  It does not make sense.

Just like the politicians that drive by the ghettos in their stretch limos every-night on the way home, they turn their heads the other way so they can’t see the reality of the situation.  This is exactly what the fools that call for open boarders are suggesting.  They are not in touch with reality and do not see the big picture.

Somewhere down the road in 20 or 30 years, maybe sooner if this nonsense continues, the people they went to bat for are going to push them and their families into the gutters one way or another.

I don’t even want to mention the criminal element that is in the mix of the fence jumpers that are infiltrating this country to do us harm. I bet the PC’er just love them too!! Wait until one of their family members is a victim, we will see if they have a change of heart.

What’s the meaning of the phrase ‘Charity begins at home’?

A proverb that expresses the overriding demands of taking care of one’s family, before caring for others, or feed your family before you feed others!!

Wake up and smell the napalm folks. COMMON SENSE and self-preservation are always the winner.

COMMON-SENSE is the name of the game Addressing topics other bloggers shy away from. All posts are original. Objective: impartial commentary on news stories, current events, nationally and internationally news told as they should be; SHOOTING STRAIGHT FROM THE HIP AND TELLING IT LIKE IT IS. No topics are off limits. No party affiliations, no favorites, just a patriotic American trying to make a difference. God Bless America and Semper Fi!
View all posts by The Goomba Gazette →
This entry was posted in fools, immigration, Opinion, The world we live in and tagged It is either them or us. Bookmark the permalink.