This one take 1st prize … 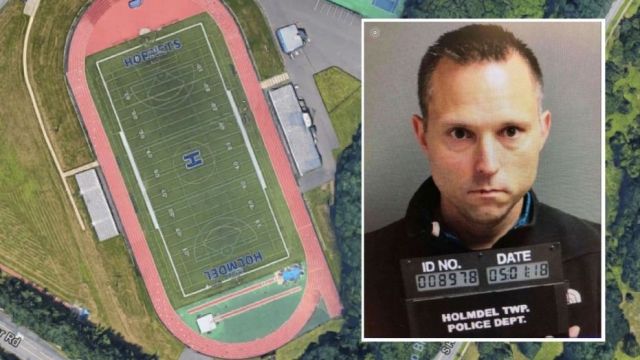 Folks; I NEVER get my news sources from The Enquirer or any other embellishing news entity. I use Fox – CNN – CBS – USA Today – The New York Times and a few others that are considered reputable news agencies, depending on who you AXE. Don’t AXE PDT!!!

The point I am getting to, I DO NOT make up any of my posts. I may dress them up slightly from time to time, to add a little flair, BUTT never totally bullshit. How I could make up a story this preposterous.

The fact that this Idiot school superintendent was shitting on anther schools property is not the real story. He didn’t do it once or twice, he was caught on camera several times pinching a loaf.

The best part of this story is; QUOTE:

His attorney told NJ.com that Tramaglini was found to have “Runners Diarrhea,” a condition that often causes distance runners to have loose bowel movements during or after running.

ARE YOU SHITTING ME????? GMAFB

That statement from his ambulance chaser has to be one of the most preposterous/best/pathetic bull-shit excuses I have ever heard.

To top it off, The Shitter Tramaglini took a bigger dump when he got cut. He was making 147 G’s a year at the school where he worked, BUTT that all went down the shitter when he got canned.

Although, the school board has agreed to a 100,000.00$ severance pay; all of that 100 G’s may go down the shitter as well to pay off the pathetic ambulance chaser. The fool could not come up with a better lie than that??? Unbelieveable!!!

As our crazy world turns; when we thought we heard it all; up jumps the devil with a better one.

What is this guy going to be remembered for most in his life?? He was the Phantom Shitter that caught with his pants down.

COMMON-SENSE is the name of the game Addressing topics other bloggers shy away from. All posts are original. Objective: impartial commentary on news stories, current events, nationally and internationally news told as they should be; SHOOTING STRAIGHT FROM THE HIP AND TELLING IT LIKE IT IS. No topics are off limits. No party affiliations, no favorites, just a patriotic American trying to make a difference. God Bless America and Semper Fi!
View all posts by The Goomba Gazette →
This entry was posted in bad choice, classless people, foolish people, Poor choices, The world we live in and tagged The Phantom Shitter. Bookmark the permalink.