Must be a dumb blond question ..

Maybe they are racist, maybe they aren’t. The fact of the matter is, they disagree with the movement and elect not to kneel.

I wonder if Amy knows; blacks are far more racist than the whites are.

Here is a little something to chew on.

What we have here is a dumb question, AXED by some dumb blond that wants to stoke the fires and get her name in the news. Her ratings must be down.

Amy Schumer on Friday questioned whether or not white players in the NFL who don’t kneel with their black teammates are ‘complicit’ in the ‘endless racism people of color face in our country.’

The “Trainwreck” star went on to propose that more white players should stand up for their “brothers and sisters of color” by taking a knee.

“I wonder why more white players aren’t kneeling,” she wrote. “Once you witness the truly deep inequality and endless racism people of color face in our country, not to mention the police brutality and murders. Why not kneel next to your brothers? Otherwise how are you not complicit?”

Let me say this about that. How many of the kneelers are out there beating the bush trying to EDUCATE their people to straighten up and fly right??? Like hens teeth, not many. 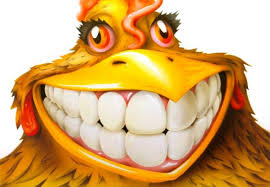 If they truly cared about their CAUSE, they would be doing a lot more than kneeling.

When there is a solution to any problem and the people concerned/involved  do not take the proper steps to change it, they are as much at fault as the sinners in the Catholic religion, all the way to the pope, that could have made a change and didn’t do what they should have.

Do the kneelers really care about their racial situation?? I say not enough to do what has to be done. EDUCATION is the key. Start turning the heads of the youngsters now in their infancy and possibly in 20 years we will not have this insanity. Ignore it and blame everyone else  BUTT yourself, nothing is going to change. That is the reality of it.

They kneel during the game, leave in their Rolls, back to their 3 million dollar shack they will never pay off, and all is well in their world. If they are as such staunch believers as they want to portray, they should, first set a good example for the kids, unite with all the sports not only football and go on speaking engagement around the country to try and make a change. The changes have to come from within.

Now we have this brain surgeon Goldie Locks who wants to get all the honkie players involved. 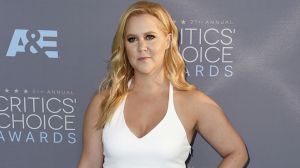 COMMON-SENSE is the name of the game Addressing topics other bloggers shy away from. All posts are original. Objective: impartial commentary on news stories, current events, nationally and internationally news told as they should be; SHOOTING STRAIGHT FROM THE HIP AND TELLING IT LIKE IT IS. No topics are off limits. No party affiliations, no favorites, just a patriotic American trying to make a difference. God Bless America and Semper Fi!
View all posts by The Goomba Gazette →
This entry was posted in absolute nonsense, Celebs, foolish remarks, race relations and tagged DUMB BLOND JOKE. Bookmark the permalink.