This psychopath McGregor absolutely has some very serious issues. After a fight he had in Vegas a few months ago he and his crew went on a rampage that included hurling a metal dolly at the window of a bus carrying UFC fighters. Two fighters were injured and a third, Artem Lobov, was found culpable in the fracas, resulting in the cancellation of three bouts at UFC 223

Immediately after the incident, Dana White made an announcement that he would soon regret making.

After the incident Dana White the president of the UFC was apoplectic and used his post-fight press conference to announce; “I don’t care if he fights in every show all over the world and becomes the best and everybody thinks he is the pound-for-pound best in the world,” White said. “He will never fight in the UFC again.”

As we all know; in the world of Big Buck$, money talks and bull-sit walks, BUTT especially in the sporting and entertainment industry.

So much for McGregor never fighting again.

There is always a lot of theatrics involved before an event in the entertainment business to get the ticket sales up. Some of it is serious and some is just for show. In McGregor case, I think he is a certified nut case and only a small percentage of his madness is for show.

There are only a couple of explanations why anyone acts like McGregor does. He is either off his rocker – high on drugs – naturally nuts or all of the above. I think he is a disgrace to the UFC and should be barred from fighting. BUTT he is a big money maker and that makes him exempt. 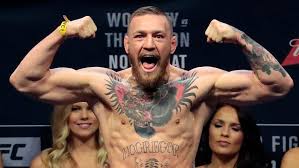 Is he a great fighter. Absolutely yes, BUTT a very dangerous man outside the ring.

After the shock wore off:

Apr 30, 2018 – Dana White expects to have a ruling on the Conor McGregor situation after the New York legal system is through … “Let’s see what happens in New York.” He could not offer a timetable for when McGregor will compete again.

“I don’t care if he fights in every show all over the world and becomes the best and everybody thinks he is the pound-for-pound best in the world,” White said. “He will never fight in the UFC again.”

As far as Dana White goes; the old saying is, a man is only as good as his word. This change of heart he had with McGregor was only influenced by one thing; $oldi.

It is allowable and sanctioned inside the octagon for a fighter to try to destroy their opponents, BUTT when they go ballistic outside the ring as McGregor has, it is time to put the breaks on the guy and ban him from the sport.

So much for the integrity of the UFC; they are just another money making organization like the NFL that has no backbone or control over the people under their supervision.

Their code of conduct is only symbolic: 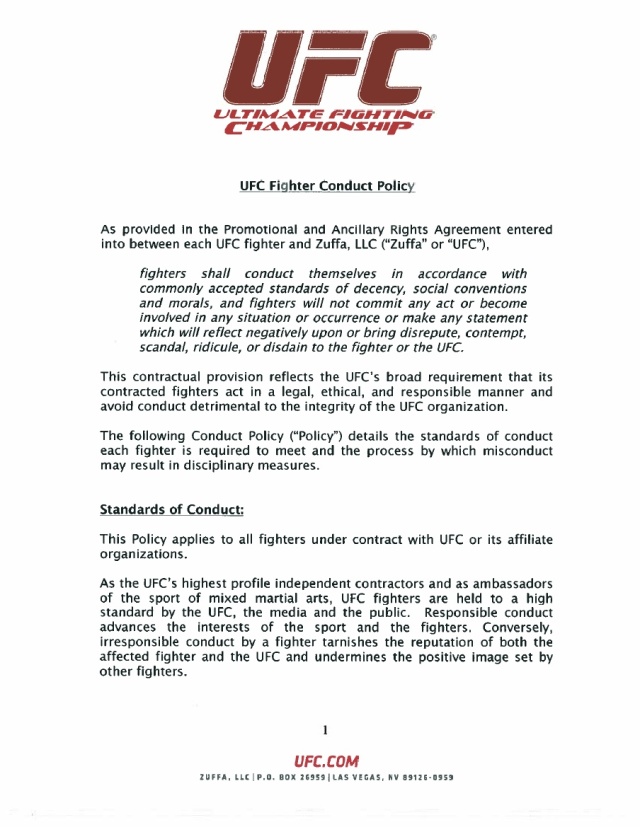 Fighters shall conduct themselves in accordance with commonly accepted standards of decency, social convention, and morals, and fighters will not commit any act or become involved in any situation or occurrence or make any statement which will reflect negatively upon or bring disrepute, contempt, scandal, ridicule or disdain to the fighter or the UFC.”

We can see by the way they enforce their code of conduct; just how  professional they are.

All the UFC is doing with McGregor, support, aiding and abetting a mad man.  Their unwillingness to enforce their rules certainly may come back to haunt them.

COMMON-SENSE is the name of the game Addressing topics other bloggers shy away from. All posts are original. Objective: impartial commentary on news stories, current events, nationally and internationally news told as they should be; SHOOTING STRAIGHT FROM THE HIP AND TELLING IT LIKE IT IS. No topics are off limits. No party affiliations, no favorites, just a patriotic American trying to make a difference. God Bless America and Semper Fi!
View all posts by The Goomba Gazette →
This entry was posted in $oldi, all about money, Big business, Opinion, Sports, The world we live in and tagged So much for the rules. Bookmark the permalink.