So you love being a NFL fan …

A new mother in Wisconsin is calling for the Green Bay Packers to change their ticket policy after the NFL team told her it wouldn’t allow her 3-month-old daughter into the stadium without a ticket.

Erica Johnson said she had planned to bring her daughter with her to the Packers’ home game Sunday against the Minnesota Vikings, but believed she didn’t need to buy an extra ticket because the child is still too young to sit in her own seat, FOX9 Minneapolis reported.

Erica’s family has had season ticket for 60 year, yes 60 years, BUTT the money-hungry, vampire, greedy bitch  owners, still didn’t suck enough blood out of her family. There is no other word for these billionaire parasites except pathetic.

The problem with the owners, they have had it too good for too long and act like a bunch of entitled, spoiled brats that always get their way.

Sep 12, 2017 – A four-person family outing to a baseball or football game has never been … cost of taking a family of four to a single NFL game hit an average of $502.84. … Other sports have had similar increases, with an NBA game coming …

There is absolutely no reciprocation on the part of the owner. It is all take and no give.  Who do I blame for this condition?  As much of the fault lies with the fans as it does the owners, possibly more. If the fans boycotted them for just one season, they would be giving the tickets away.

13 billion, and still, they want to charge a 3 month old kid admission to a game, when she is even too young to occupy a seat.

Even worse than being money-mongers, they are unpatriotic spineless coward, wolf ticket salesmen that can not even control the people who play for them.

At the very top of their coward, pathetic list a DUD name Roger Goodell, the commissioner of the NFL that makes 44 million a year, BUTT still can not keep the players in line when it comes to obeying the rules and regulations set forth by his organization.

Goodell is a PAPER TIGER.  I still say he caught a couple of the GOOD OLD BOYS in a hay loft with one if the cheer leaders.

I wonder how it feel for them to look in a mirror and see a miserly coward staring back at them? Oink Oink 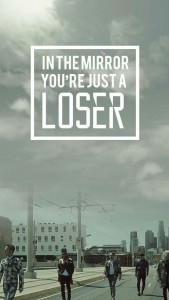 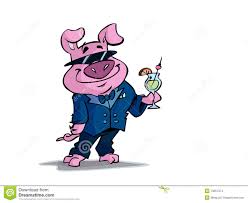 You can label them what you want, BUTT the facts still remains, you can not put a silk suit on a hog. All the finery, glitter and $oldi is just superficial, they are still hogs!!

COMMON-SENSE is the name of the game Addressing topics other bloggers shy away from. All posts are original. Objective: impartial commentary on news stories, current events, nationally and internationally news told as they should be; SHOOTING STRAIGHT FROM THE HIP AND TELLING IT LIKE IT IS. No topics are off limits. No party affiliations, no favorites, just a patriotic American trying to make a difference. God Bless America and Semper Fi!
View all posts by The Goomba Gazette →
This entry was posted in $oldi, all about money, classless people, COWARD, Greed, parasites, Sports, The world we live in and tagged Keep on going fans they love you. Bookmark the permalink.

1 Response to So you love being a NFL fan …