Back-fired on the not so Evergreen …

It is about time some of these over-the-top wack jobs are being held responsible for their idiocies.  Too many of them have been getting away with proverbial murder with this reversed discrimination nonsense.  In their minuscule pea-brains, they believe that they will be more popular with their peers and accepted by the black community if the kowtow/cater to them.

For years, many in the white community have been bending over backwards to accommodate the blacks and some of the blacks are viewing it as a weakness. Which is certainly is.  There is absolutely no reason any race or religious group should have special privileges or be treated differently from one another.  If all men were created equal, that is the way we should all be treated.

It is not my fault or anyone else living today for what happened with slavery years ago. All of the slave owners, including the blacks ones (which were numerous) are dead and buried.

Evergreen State College enrollment plummeted after fallout from the controversial “Day of Absence” in May 2017 when all white people were asked to leave the campus.

The publicly funded college – committed to social justice – became the poster child of a campus overrun by hyper-political correctness when students shut down the campus and shouted down then-evolutionary biology professor Bret Weinstein for merely questioning the event kicking white people off campus.

Why in the name of good-sense would any educational system ask white, black or any other racial group of  students to leave the campus for a  day?? Does it make sense? What the hell are they trying to prove?? If they are trying to prove their ignorance, I will give them and A+ on their test.

Bret Weinstein is the white (ignorant) dude that initiated this day of atonement, BUTT he  is a honkie. Did Weinstein take the day off from school during his one day crusade??

It is my opinion; many times, when so much attention is leveled at any issue, all it does is magnify it and make it stand out more, leaving it open to more scrutiny.  If some conditions are ignored ( as I have suggested to PDT with his media war), many times they improve by themselves as a process of evolution.

I am reverting back to what I have suggested many times. I blame the colleges for not vetting fools like Weinstein and squash them before they have chance to brainwash and destroy the kids they are paid big money to teach.

Teachers like this crackpot are not teaching according to acceptable standards, to educate the kids in whatever field they are studying; they are force-feeding them their own demented poison/views/opinions on life. That should be totally unacceptable.

I am elated to see that the college is feeling the financial pinch for their poor choice in professors. That seems to be the only way to get to someone’s attention, with a good ass kicking or through their bank book.  The Evergreen College probably deserves both.  Their bottom line has not been so EVERGREEN!

I would love to see the resurgence of the SILENT MAJORITY – the have been silent far too long.

Unfortunately; with all of the insane PC-ness in this country; the Silent Majority may now be the Gagged Minority. 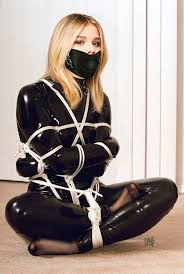 I can not stress this enough. IF any race wants to gain respect and acceptance, they must EDUCATE their kids by teaching the values of what makes a respectable. solid citizen.

As long as the crime rate, in especially the black community stays at it is, or continues to escalate; the friction between the cops and the thugs/gang-bangers/criminals will never diminish.

No crime, no need for rouge cops, no police brutality. How hard is that to figure out??

ALWAYS COMMON-SENSE Addressing topics other bloggers shy away from. All posts are original. Objective: impartial commentary on news stories, current events, nationally and internationally news told as they should be; SHOOTING STRAIGHT FROM THE HIP AND TELLING IT LIKE IT IS. Direct and to the point unbiased opinions. No topics are off limits. No party affiliations, no favorites, just a patriotic American trying to make a difference. God Bless America and Semper Fi!
View all posts by The Goomba Gazette →
This entry was posted in bad choice, Education, extreme left wingers, freedom, Poor choices, race relations, The world we live in and tagged A fool is born every minute. Bookmark the permalink.

1 Response to Back-fired on the not so Evergreen …