Have to conform to the times …

SYDNEY, Australia — Catholic leaders in Australia on Friday rejected a government push to force priests to report accusations of child sexual abuse heard during confession, saying it would violate a sacred rite, infringe on religious freedom and ultimately do little to protect children.

Let me give those UP – SIDE – DOWN hypocrites of the Catholic Church a little clue. They claim dropping a dime on confessed sex-offenders, mainly priests, would violate a sacred rite, infringe on religious freedom. Listen up boys; CHANGE THE LAWS.

These sick bastards have already violate a sacred rite when they cross the line by abusing kids.  We can see by their stance on the issue, what is more important to them; a MAN MADE ANTIQUATED LAW, or the safety and security of the kids in this world.

These are the same caliber of sinners that let that the sick bastard Murphy in Milwaukee off the hook after admitting he molesting over 200 deaf kids.

Not 2 – not 20, BUTT 200.  These poor kids did not have enough to deal with in their life by being deaf, they had a monster who wore a collar around his neck and posed like their savior, BUTT was one of the devil henchmen. The only thing that would look better around  that sacreligious scumbags neck is; 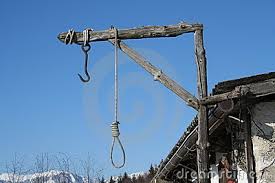 Senior Vatican officials, including the current pope, refused to punish a priest who sexually assaulted as many as 200 deaf boys over the course of three decades, despite calls for disciplinary measures from two American bishops.

Documents from a lawsuit brought by the priest’s now adult victims against the Milwaukee Diocese, and initially obtained by the New York Times, record the Rev. Lawrence Murphy admitting to diocese officials in the 1990s that he molested dozens of boys while working at St. John’s School for the Deaf in St. Francis, Wisc., for 25 years from 1950 to 1975.

“The pope (the quitter pope) knew about it. He handled sex abuse cases. He should be accountable. He did nothing,” said Arthur Budzinski , 61, during a news conference today in Milwaukee.

Keep dropping those dead presidents in the collection basket folks. There are a shit load more of these perverts being exposed and the church will need your hard-earned  $oldi to pay off the law suits. 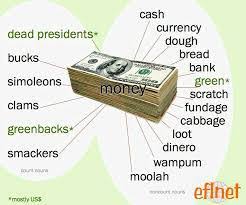 If necessary, some of you $taunch believer$ may want to get a part-time job so you can donate a little more.