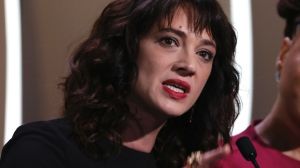 Asia Argento, one of the first prominent women to accuse disgraced movie mogul Harvey Weinstein of sexual assault, agreed to pay $380,000 to an actor who accused her of sexually assaulting him when he was 17 years old, The New York Times reported Sunday night.

The Hogs ambiance chaser would try to make Mother Theresa look like a prostitute if he could. These parasitic pursuers have no boundaries.  In my opinion, I blame the courts for allowing the ambulance chasers for making up lies, try to discredit and badgering the victims as they do. In many rape cases, we have to wonder who was the real victim.

If bullshit was electricity, these ambulance chaser could power the world.

The Women Who Have Accused Harvey Weinstein

Days after a series of sexual harassment allegations against the film producer Harvey Weinstein were reported by The New York Times, women continue to come forward to tell their stories.

At least 30 women, that count was back in October of 2017. By now the number may have doubled. Even if 25% of them are lying, only looking for a payday from The Hog, that still leaves 75% that are telling the truth. 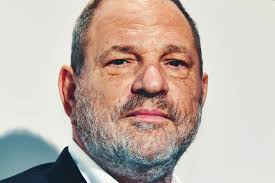 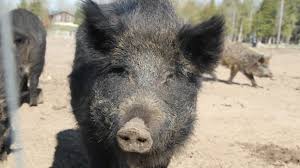 Let us assume this story is accurate and Asia Argento did pay a kid $380,000.00 to have sex with her (lucky kid), one issue has nothing to do with the other. If she was molested by The Hog that is one issue. If she paid a kid 380 G’s for sex  (lucky kid)  that is another.

I said this many times when blogging about rape CASES.  Even if the women/girl is a hooker and (as they say in the streets), she does NOT WANT TO GIVE IT UP, NO MEANS NO.

IF Argento enjoyed paying someone to have sex with her, that is strictly her business, and has no relevance to this case, if her story is accurate. BUTT 380,000.00$, that may be a stretch. I will believe 38.00$.

I am very anxious if the public will ever see justice served on The Hog. It would really be shocker if The Hog winds up in the slams. Some enterprising producer may even want to make a movie out of it. Would a prisoner be allowed to direct movies while behind bars?? That would surly be a fitting end to this drama.

COMMON-SENSE is the name of the game Addressing topics other bloggers shy away from. All posts are original. Objective: impartial commentary on news stories, current events, nationally and internationally news told as they should be; SHOOTING STRAIGHT FROM THE HIP AND TELLING IT LIKE IT IS. No topics are off limits. No party affiliations, no favorites, just a patriotic American trying to make a difference. God Bless America and Semper Fi!
View all posts by The Goomba Gazette →
This entry was posted in classless people, Crime, injustice, Opinion, Protecting the ladies, sex, The world we live in and tagged If bullshit was electricity .... Bookmark the permalink.