I would like to believe that PDT is playing The Judo Guy like a Stradivarius violin. He feels that it is in the best interest of the USA and the world to KILL The Judo Guy with kindness, by telling the ultra-ego-maniac exactly what he wants to hear. 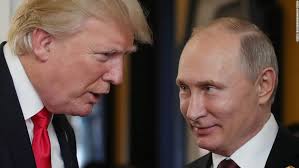 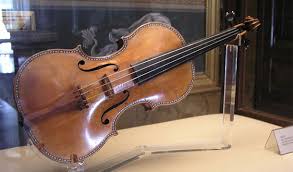 Boys and girls – ladies and gents; this absolutely is the most critical, skillful CAT AND MOUSE GAME you will ever witness.

There is absolutely no way that the USA and the rest of the world are better off if PDT and The Judo Guy were not on conciliatory terms.

The passive way in which PDT is HANDLING their relationship, just gives the Boulder Rollers another excuse to bust his balls.

Does it look good, looking from the the outside in?? Not really, BUTT I do believe it is a strategy that PDT has chosen to keep the PEACE PIPE lit and smoking.

The senator from Arizona Jake Flake was certainly named properly.

I never thought I would see the day when our American President would stand on the stage with the Russian President and place blame on the United States for Russian aggression. This is shameful.

Ever since The Donald threw his baseball hat into the political arena, to keep that mop of his from blowing in the breeze, everyone has been after him to not be so outspoken, obnoxious, overbearing and to start using some diplomacy; in layman’s terms; GET HIS SHIT TOGETHER. I think that is what we are seeing in the NEWLY POLISHED PDT getting the upper hand on TJG buy schmoozing him to the hilt!!

In more layman’s terms; he is stroking the shit out of The Judo Guy by feeding his ego. I do believe PDT does have his eye on the hog and his finger on the trigger.

We should NEVER underestimate the cunningness, deviousness, shrewdness and all around savvy of TJG. He has been around the block many times. I will conclude he is a formidable opponent and a world powerhouse and is not one to be taken lightly.

That being said; If PDT thought, by confronting Putin, trying to embarrassing him in an attempting to have him come clean and admit all of his crimes, he would accomplish something, I am sure he would have. Will TJG ever admit what a despicable human being he is?? For-get-about-it, he never will.

Boy and girls; ladies and gents, have some confidence in your president. If he would have gotten into TJG’s face and told him what he really thought of him; all of the Boulder Rollers would say; when is this guy going to use some diplomacy??

We have to keep an open door with Russia to a certain extent, BUTT always be ready to slam it if necessary. Now is not that time. PDT is damned if he does and damnder if he doesn’t.

COMMON-SENSE is the name of the game Addressing topics other bloggers shy away from. All posts are original. Objective: impartial commentary on news stories, current events, nationally and internationally news told as they should be; SHOOTING STRAIGHT FROM THE HIP AND TELLING IT LIKE IT IS. No topics are off limits. No party affiliations, no favorites, just a patriotic American trying to make a difference. God Bless America and Semper Fi!
View all posts by The Goomba Gazette →
This entry was posted in absolute nonsense, anti-everything, Anti-Trump, common sense, Foreign policy, Opinion, Trumpness and tagged SLY as a FOX. Bookmark the permalink.

1 Response to ISSSSSSSSSSSS it possible??????