The only one CHC hasn’t blamed yet are …

Hillary Clinton did a “miserable” job of reaching out to white evangelical voters in the 2016 presidential election, so the next Democratic nominee needs to “be better” in 2020, a former adviser to President Bill Clinton said recently.

No S&^% Sherlock!! That is an understatement. The only ones CHC hasn’t blamed yet for getting her booty stomped are the GSA.  BUTT if she could she would.

All political parties are the same; over paid – under worked – irresponsible parasites living off the fat of the land!! Why you may axe? Because they are run by politicians. Possibly if they did even .25% of what they are paid for, I would not have such a piss poor attitude toward them.

They have either 4 – 8 years – that is 4 – 8 years to put together a game plan for each presidential election, BUTT when the whistle blows, they still have the thumbs up their BUTT trying to put together their strategy. 2020 will not be any different.

CHC is probably the perfect example of an over-confident narcissist that celebrated before the votes were counted. She is exactly like the dummy, showboating football player that was doing his tribal victory dance before he got to the end zone BUTT dropped the ball before he crossed the goal line.  Another words, CHC counted her Chiclets before they were hatched and still 18 months later, she is still in super shock that she got her booty beat.

Definition. The hallmarks of Narcissistic Personality Disorder (NPD) are grandiosity, a lack of empathy for other people, and a need for admiration. People with this condition are frequently described as arrogant, self-centered, manipulative, and demanding. 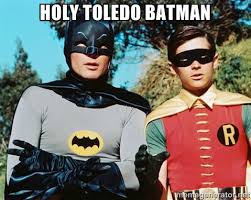 Holy Toledo Batman, does this description fit her to the “T” or what??

CHC has to give it up and march on to retirement and obscurity. People, even some of her foolish supporters are tired of listening to her play the same old song on the same old violin.

COMMON-SENSE is the name of the game Addressing topics other bloggers shy away from. All posts are original. Objective: impartial commentary on news stories, current events, nationally and internationally news told as they should be; SHOOTING STRAIGHT FROM THE HIP AND TELLING IT LIKE IT IS. No topics are off limits. No party affiliations, no favorites, just a patriotic American trying to make a difference. God Bless America and Semper Fi!
View all posts by The Goomba Gazette →
This entry was posted in Clintonism, foolish people, Politics and tagged Enough is enough already. Bookmark the permalink.