What planet are these fools on???

Panelists discuss President Donald Trump’s decision to cancel the White House visit for the NFL Super Bowl champion Philadelphia Eagles.
https://www.cnn.com/videos/politics/2018/06/05/nfl-eagles-white-house-invite-panel-ebof.cnn/video/playlists/nfl-controversy/
I don’t know if these fools are from a different planet or if they are some kind of mind altering drug. To make a statement that PDT is dividing the country is absolutely redicilous. What he is attempting is just the opposite.
If anyone was trying to divide the country was Obama. In 8 years he did to the USA’s the same thing that Castro did to his country; put it back 50 years or more.
I would dare anyone to try and refute what PDT has done in 18 months, and compare it to what Obama could not do in 8 years.  The sad part of what these fools are professing; they believe their own nonsense and have numerous followers that are just as brain dead as they are.
It may be that these PC-pathetics feel more comfortable on their knees instead of standing tall with pride.  For some many years the USA has been in the prone position, taking buckets from other countries, our leaders and some citizens got used to it and adapted it to their way of life. Like the Dude, one of the greatest patriots our country ever had used to say; that ain’t the way it is supposed to be pilgrim!! 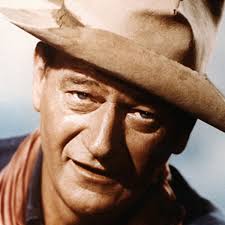 I can guarantee one thing; if CHC (Crooked Hillary Clinton) was sitting in the live seat with BBB (Brass Balls Bill) our country would not be as secure as it is today.
Count your blessings FOLKS and support the guy that is trying to save your country, your life and the lives of future generations.

COMMON-SENSE is the name of the game Addressing topics other bloggers shy away from. All posts are original. Objective: impartial commentary on news stories, current events, nationally and internationally news told as they should be; SHOOTING STRAIGHT FROM THE HIP AND TELLING IT LIKE IT IS. No topics are off limits. No party affiliations, no favorites, just a patriotic American trying to make a difference. God Bless America and Semper Fi!
View all posts by The Goomba Gazette →
This entry was posted in absolute nonsense, Anti-Trump, ignorance, PC insanity, PDT and tagged Count your blessings. Bookmark the permalink.