Do I have the DEAL of the day for you!!

Just another FARCE  in the long line of governmental agencies

There used to be a laws stated it was illegal con people through advertising with bogus products. Evidently, the law still exists, BUTT the government is sitting on the hands when it comes to enforcing it.

When consumers see or hear an advertisement, whether it’s on the Internet, radio or television, or anywhere else, federal law says that ad must be truthful, not misleading, and, when appropriate, backed by scientific evidence. The Federal Trade Commission enforces these truth-in-advertising laws, and it applies the same …

This law and organization have to be one of the biggest jokes on the planet.  As a matter of fact, MOST of the commercials on the TUBE are an insult to the avergae Joe Blow’s intelligence.

The next 50 caller will receive a 25% discount on their order, BUTT you have to call the number as seen on the screen in the next 60 seconds.

That commercial has been played over and over for 6 months.

In short, the Federal Trade Commission has a 311,000,000$ budget with 1,440 full time employees. There are more people in that department than in some small cities around the country. ANDDDD, they still can not do what they are being paid for.

One of my favorites is Mikie and his pillow commercial:

MyPillow, the pillow made famous by the infomercials used to advertised it, was downgraded from an A+ to an F.

Mike claims it took him 10 years to develop this pillow. Come on Mike, 4 months – 6 months, a year MAYBE; it only took 14 months to build the Empire State Building.

I really have to give Mike and the other entrepreneurs/hustlers an A + for their cunningness. It takes a real crafty person to come up with some of the far out  sales pitches.

Buy one get the 2nd one free, just pay processing. Brilliant. The processing fees in most cases cost 5 times what the product  does.

The fine print that appears below every commercial is so small Clark Kent can’t read it with his super powered vision.

Every-time I see one of these commercials, I axe myself, where the hell are those FTC agents hiding, the ones whose job it is to prevent the public from getting conned.

Snake oil salesmen are nothing new. They starter centuries ago by fast talking, bull-shitters that made a fortune selling their cure-all lotions.

In Western culture, snake oil is most commonly associated with a placebo, panacea and/or deceptive marketing. Its association in Western culture lies in the fact that many 19th-century United States and 18th-century European entrepreneurs advertised and sold mineral oil (often mixed with various active and inactive household herbs, spices, and compounds, but containing no properties of snakes,) as “snake oil liniment“, making frivolous claims about its efficacy as a panacea. Patent medicines that claimed to be a cure-all panacea were extremely common from the 18th until the 20th century, particularly among vendors masking addictive drugs such as cocaine, amphetamine, alcohol and opium-based concoctions and/or elixirs, to be sold as medication and/or products promoting health at medicine shows.

Where the hell does common-sense come into play? These very slick hustlers had people believing that their snake oil could cure everything from Leprosy to crabs.

Especially the prescribed medicine they advertise. Is the person better off having Mother Nature take its course when they get sick; or take some medication that has sixty or seventy very hazardous side effects.

The guy took the pills the doctor prescribed for his migraine headache. After about a week, the headache went away, BUTT his pecker fell off. Have to chose the lesser of two evils.

Lets face it folks. The general public is ALWAYS sitting on the bottom branch. 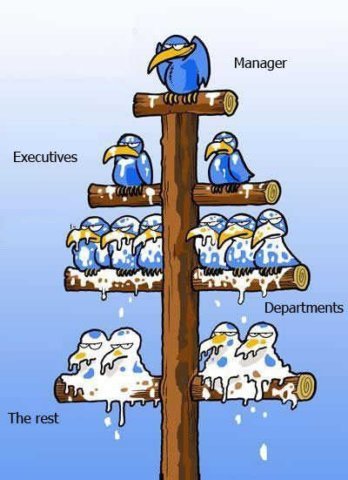 I would suggest, BUTT I know it will never happen; someone has to lite a fire under the asses of the 1,440 people and put some of the 311 million dollar budget to better use.

What we have to consider, we are dealing with the federal government. In many sectors, it has become so big and complicated, much of it is beyond being salvaged.

Just one of thousands of examples of mismanagement in government run operations:

Nov 16, 2016 – For the year ended Sept. 30, the net loss widened to $5.6 billion, from $5.1 billion in the same period a year ago. The government-sponsored mail carrier has now recorded a combined $62.4 billion in losses over the last 10 years. The annual losses the post office has reported since fiscal 2007 have ranged

That is 5.6 billion a year. As far as I can remember, they have been in trouble for 20 years.  That adds up to a pretty tidy sum. Do we think the suit and skirts in DC care. Not on your life. As long as they reach tenure, that is all that matters to them.

How is this tied in with FAKE commercials you axe??  If everyone was doing their jobs in the government, these issues would not exist.

By the way, before I forget. I still have about 28,000 acres of PRIME SWAMP land for sale. Get it while it is hot. Buy 2 parcels and I will throw in 10 more at not addition cost. Just pay all the back taxes I haven’t paid for in 10 years. 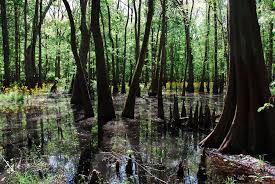 I swear on my Aunt Nellie’s grave.

COMMON-SENSE is the name of the game Addressing topics other bloggers shy away from. All posts are original. Objective: impartial commentary on news stories, current events, nationally and internationally news told as they should be; SHOOTING STRAIGHT FROM THE HIP AND TELLING IT LIKE IT IS. No topics are off limits. No party affiliations, no favorites, just a patriotic American trying to make a difference. God Bless America and Semper Fi!
View all posts by The Goomba Gazette →
This entry was posted in bad choice, bet the comsumer, Big business, brillant, common sense, Crime, foolish people, Fraud, Government, Greed, money, parasites, scam artists, The world we live in and tagged STEP RIGHT UP AND GET YOUR ..... Bookmark the permalink.