W. Kamau Bell: I know what it’s like to get kicked out for being black

Again; were the $tarbuck duo arrested for being black or for being squatters?? The only thing I felt was overkill, was the pair being put into handcuffs and arrested. They should have just been shown the exit door.

(CNN) Editors notes: W. Kamau Bell is a sociopolitical comedian and the author of “The Awkward Thoughts of W. Kamau Bell: Tales of a 6’4″, African-American, Heterosexual, Cisgender, Left-Leaning, Asthmatic, Black and Proud Blerd, Mama’s Boy, Dad, and Stand-Up Comedian” (Dutton). The third season of CNN’s “United Shades of America with W. Kamau Bell” premieres on April 29 at 10:15 PM Eastern. The views expressed in this commentary are solely his.

This is who this Dude is:

With the attitude this man expresses about the white folks; I can imagine what kind of Utopian lifestyle he lives in.

It is very disturbing and unfortunate that there are FOOLS of all races out there that continue to play that race card constantly to satisfy their own agenda.

There are loads of white people I don’t like; does that mean I am a white racist that does not like white people? I know some very fine black people. I went to school with them, worked with them and threw down a few Rolling Rock and Windsor.

This type of hostile environment we live in is not necessary. The keys to moving forward and making advancements are; education and respect. Without either one of them in our lives, we are screwed, blued and tattooed.

We don’t have to like everyone and everyone does not have to like us. BUTT the key word is RESPECT. One of my own favorite cliche’s is; if everyone like me I must be doing something wrong!!

Everyone should not be so hung up on who does or does not like them. As long as they do not interfere in our personal lives; what difference does it make??

This racial thing that is enveloping the country is NEVER going to end if people do not start respecting one another.

I am not concerned about myself and people my age (OLD). I am concerned about the younger generations coming after us that are forced  to live in this same unnecessary insanity as we have.

When changes is being made, there has to be give and take on all sides. I know it is easy for people that are not black to say; forgive and forget. Based on their history, they do have a enormous amount of baggage to drag around. I don’t care who a person is, this is a lot to ask of anyone to push aside.

I don’t suggest the black community forgive and forget. I do suggest, if they want their off-spring to have a better life, don’t forget history, BUTT put it in a box, lock the box and put the key in a safe place. Continuing to dwell in the past, as we so often do, with an enormous helping hand from the media that loves to stoke the fire, there will NEVER be any kind of resolution.

REPEAT: The kids coming after us should be our major concern. It seems to me that most people, of all races, are too self-centered and ignorant to want to make any advancement.

BUTT, there is always the BIG BUTT. Sad to say; my wishful thinking will never come to fruition.  There are too many fools on all sides of the racial issue that do not want peace. They are parasitic monsters that live off of the blood, sweat and tears of others. 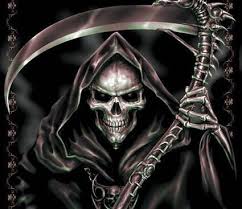 COMMON-SENSE is the name of the game Addressing topics other bloggers shy away from. All posts are original. Objective: impartial commentary on news stories, current events, nationally and internationally news told as they should be; SHOOTING STRAIGHT FROM THE HIP AND TELLING IT LIKE IT IS. No topics are off limits. No party affiliations, no favorites, just a patriotic American trying to make a difference. God Bless America and Semper Fi!
View all posts by The Goomba Gazette →
This entry was posted in Evil, freedom, parasites, Race, The world we live in and tagged The Grim Reaper knows. Bookmark the permalink.