Possible solution to the gun violence, if ….

One sure-fire way of eliminating the gun violence in this country is for the media not to publicize the events as they occur.

Being that I know that’s an impossibility, I guess we all are in it for the long run. BUTT …

As long as these events are covered in the media, there are going to be hundreds, if not thousands of deranged copycats wanting to get their name in the record book and top the body counts of the sickos that came before them. What a sad commentary to our human evolution when so many demented people’s only mission in life is to slaughter as many human-beings as possible so they can become famous or infamous.

When these people with Twisted Minds see the notoriety/publicity that the killers are getting, they  get the uncontrollable urge to top what they did. It is like dangling a pork chop in front of a starving dog. They can’t wait to sink their teeth into it, so they can get their names on the front page.

I think a realistic approach to solving this problem maybe for the General Public to be very vigilant and notify authorities when they see or hear something suspicious. Family members and friends HAVE to have seen THE SIGNS long before these people go off the deep end.

In conjunction with that and probably as important, the laws have to be changed so it is legal to arrest these people for evaluation before they commit a crime. I know what all the PC-ers are going to cry, as well as the ACLU, foul. BUTT severe situations call for severe measures. I have not seen anyone come up with a better solution.

There are a vast number of people out there that are opposed to cameras that surveil the General Public. As far as I’m concerned, if one of the cameras can save one life or prevent one crime from happening, it will have served its purpose.

The same thing has to apply with challenging the mentally unstable to eliminate potential crimes. It can be done if the lawmakers will initiate its implementation. The only downside I can see to this method, is the abuse of power. That has to be controlled.

Drastic situations call for drastic solutions. How much more drastic can it get before they wake up to the fact we need new laws passed to control these slaughters from happening.

This is a new day and a new age with extreme violence in this country. If we do not take the proper measures to eliminate it or at least control it, the count on body bags will continue to climb. We have only seen the tip of the iceberg.

It is a shame to say that many government agencies have dropped the ball in crime prevention.  They have had individuals under the microscope for months and years. As soon as they turned their back, the perpetrator made their move.

There has to be laws in place that allow suspicious people to be detained, even if there was not a crime committed. Does this open a can of worms?? Absolutely; BUTT it has to be controlled.

We have to choose the lesser of two evils. It is either the innocent that continues to be slaughtered (many times then not, they are children) or we change or mentality and laws that gives the authorities the tools to combat these people.

These fools that operate Sanctuary Cities are absolutely out of their &^$#@! mind. I can not believe how ignorant they are when it comes to upholding the laws. There are laws on the books that prohibit harboring fugitives and they are thumbing their noses at them.

Take a good look at the Windy City that is governed by one of the most egregious proponents of sanctuary Cities and tell me their methods work.  He just happens to be one of Obama’s henchmen and former student.

As hard as it may be to accept by some; the cold hard fact are; discipline, not brutality,  is one of the key elements of a successful life. Excessive permissivness and political correctness does not work. There HAS TO BE a happy medium reached between ruling with an iron fist and complacency. 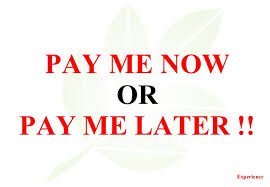 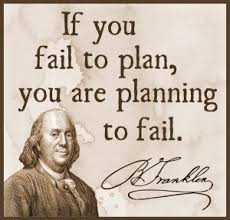 A word to the wise should be sufficient!! SHOULD!!

COMMON-SENSE is the name of the game Addressing topics other bloggers shy away from. All posts are original. Objective: impartial commentary on news stories, current events, nationally and internationally news told as they should be; SHOOTING STRAIGHT FROM THE HIP AND TELLING IT LIKE IT IS. No topics are off limits. No party affiliations, no favorites, just a patriotic American trying to make a difference. God Bless America and Semper Fi!
View all posts by The Goomba Gazette →
This entry was posted in common sense, control, Crime, dangerous territory, Government, journalism, sick people, wake up America and tagged Preemptive strike. Bookmark the permalink.