Even the staunchest Anti-Trumpers ….

The worm of common-sense, recognition and politics is slowly turning.

It is almost impossible for anyone with 1/10 of a brain to deny that PDT is doing a good job in many areas.  Especially the people that are invested in the stock market; they have absolutely NO reason to bitch about his performance. BUTT; we ALWAYS have a particular type of fool that continues to eat at your table every night, without missing a single day, BUTT never stops yapping on how bad the food is.

Jennifer Lawrence said it was “disgusting” how Hillary Clinton attacked Trump supporters and admitted it is “not wise” for celebrities to speak about politics because it hurts their careers.

We all should know by now how some devious people will attack others to distract the attention away from them.  It is a very clever move; ONLY IF THEY DO NOT GET CAUGHT. I would say by now, everyone knows CHC has her 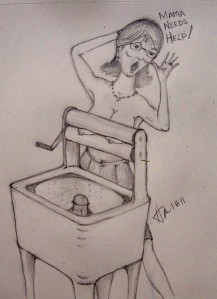 and get-back is setting in.

I give people like Lawrence credit for standing tall and telling it like it is regardless of the consequences. That takes guts, balls (not in her case) and character.

COMMON-SENSE is the name of the game Addressing topics other bloggers shy away from. All posts are original. Objective: impartial commentary on news stories, current events, nationally and internationally news told as they should be; SHOOTING STRAIGHT FROM THE HIP AND TELLING IT LIKE IT IS. No topics are off limits. No party affiliations, no favorites, just a patriotic American trying to make a difference. God Bless America and Semper Fi!
View all posts by The Goomba Gazette →
This entry was posted in Celebs, good move, Politics, RESPECT and tagged They are slowly coming around .... Bookmark the permalink.