Amazon is driving head-on into UPS and FedEx

It is not enough that Amazon CEO’s personal net worth is $105.1 billion (those are BBBBB’s folks, not MMMM’s –  105,000,000,000.00$) and monopolizes about 44% of e-commerce sales, it appears he wants it all.  44%, those are huge number for one company to control.
The guy is not satisfied with his slice, he wants the whole pie. Bezos is trying to cut the throat of the people that deliver his packages. He is going after FED-X and UPS.  The way I see it, this guy is a stone HOG.
https://www.foxbusiness.com/markets/amazon-is-driving-head-on-into-ups-and-fedex

Amazon could receive nearly 44 percent of U.S. e-commerce sales in …

https://www.recode.net/…/amazon-market-share-ebay-walmart-apple-ecommerce-sales&#8230;
Oct 24, 2017 – E-commerce sales are a small but rapidly growing share of U.S. retail, and Amazon is by far the leader. Amazon now represents close to 4 percent of all retail sales online and off in the U.S., according to eMarketer. E-commerce sales will increase 15.8 percent to $452.8 billion by the end of 2017, according …

Shipping is a huge expense for Amazon. The company spent $21.7 billion on it worldwide in 2017, a 34% increase over the year before, and almost double what it spent in 2015.

You may axe; if the company spent 21.7 billion on delivering packages, who much did the company make?? Answer: 1.9 billion$ in the first quarter of 2017. Not too shabby.

According to The Wall Street Journal report, Amazon could save about $3 per package, or $1.1 billion annually, by having more control over its shipments over long distances. That would allow it to charge even less for goods, a key component of its strategy as rivals like Walmart and Target gear up their own responses to thwart Amazon. 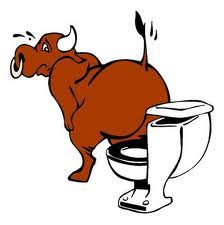 Charge even less for goods; don’t believe it. When is the last time we ever saw any company cut prices. Once they have their hooks in, they NEVER cut loose.

In a odd way, I really can’t blame the Bezos for trying to cut costs??  Is it a good business practice?? Absolutely yes;  BUTT no because he is steaming-rolling everyone that has helped him achieve the success he is experiencing.

When any company is making this kind of profit; I would assume that they would like to share in their good fortune. BUTT, I know that is not the way the game is played with the big blood suckers. Enough is never enough.

Amazon has posted a profit for 11 straight quarters — including a …

https://www.recode.net/…/amazon-jeff-bezos-record-profit-11-quarter-q4-2017-earni&#8230;
Feb 1, 2018 – Amazon posted a record profit of $1.9 billion during the last three months of 2017, marking the 11th straight quarter of positive net income for Jeff … He also called the company’s advertising business, which boasts much higher profit margins than the core retail business, “a key contributor” in the fourth …

Years ago I read an article that stated; in the future there is only going to be 3 or less of everything; banks – oil companies – merchants and so on. It looks like to me that we are headed in that direction.

Let us not forget that competition is the best thing a consumer can have. Without it, the BIG BOYS can and will dominate and charge whatever they want. 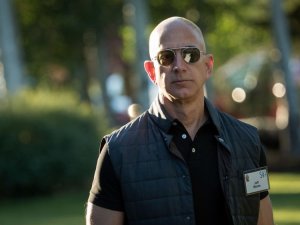 What this kind of pattern demonstrates, making $$$$$ has become a game and an obsession with the high rollers. Enough for them, is never enough.  When they go to a BUFFET (includes Warren), they want all the food not just enough to satisfy them. That is where the definition of HOG comes in.

I can’t help BUTT wonder if people like Bezos ever think of, or ever consider all of the people they are crippling because of their greed??  I really doubt it. If they cared, they would not be so aggressive.

COMMON-SENSE is the name of the game Addressing topics other bloggers shy away from. All posts are original. Objective: impartial commentary on news stories, current events, nationally and internationally news told as they should be; SHOOTING STRAIGHT FROM THE HIP AND TELLING IT LIKE IT IS. No topics are off limits. No party affiliations, no favorites, just a patriotic American trying to make a difference. God Bless America and Semper Fi!
View all posts by The Goomba Gazette →
This entry was posted in $oldi, all about money, Big business, Greed, The world we live in and tagged The Amazon Express. Bookmark the permalink.