He definitely was a shot in the DARK!!

Former Republican National Committee chairman Michael Steele on Friday blasted a leading conservative’s speech, which claimed that he had only been hired because he is black, as “painfully stupid.”

Republicans had elected Steele to the post in 2009 because “he was a black guy,” Ian Walters, the communications director for Conservative Political Action Conference, claimed at a CPAC dinner on Friday evening.

The picture will speak for itself:

When the unknown democrat Bay-Rock O-bomb-a was elected as the 1st black (half black & white) president of the USA, the repo-ublicinas that just got all of their cars repoed, had to save face.  In a desperation move to regain their power, they figured they may have a chance  if they had their OWN black man as the head of their party. I did not turn out so well.

If my memory serves me; this dude went hog wild, spending the party’s $oldi like a drunk sailor, or just hit the lottery,  or a rich uncle just bought the farm leaving him well healed. This dude went so out of control, the powers to be had to yank his ass back to reality by taking away the stars they had just promoted him to. He was no longer a 5 ***** General – he was once again just an ordinary PFC.

https://www.theguardian.com/commentisfree/cifamerica/…/michael-steele-republicans
Jan 14, 2011 – The Republican party’s noble experiment with Michael Steele has come to an end. After a tumultuous single term, Steele was denied re-election as chairman of the Republican national committee (RNC). The RNC turned, instead, to former Steele lieutenant Reince Priebus to help coordinate party activities … 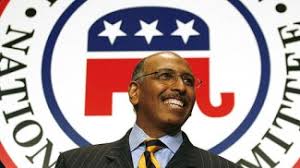 For Mikie to maintain he was not a token or a shot in the DARK is redicilous.  The guy was a foul ball that could not handle success, was spinning out of control and had to be relieved of duty before the party went broke.

To put it in perspective;  try to imagine what financial damage a guy could do that has been living on skid-row for 50 years, dead broke and out of the clear blue sky, someone gives him a BLACK AMX card, with on limit.  Same-O, Same-O 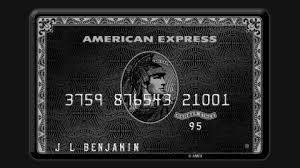 Possibly someday some people in the spotlight will learn when axed a question; many times no answer at all is the safest answer.

COMMON-SENSE is the name of the game Addressing topics other bloggers shy away from. All posts are original. Objective: impartial commentary on news stories, current events, nationally and internationally news told as they should be; SHOOTING STRAIGHT FROM THE HIP AND TELLING IT LIKE IT IS. No topics are off limits. No party affiliations, no favorites, just a patriotic American trying to make a difference. God Bless America and Semper Fi!
View all posts by The Goomba Gazette →
This entry was posted in bad choice, Bloviating, Bungling government, foolish remarks, Government, Opinion, Politics and tagged It backfired on them. Bookmark the permalink.