Fox News Jumped right on it

Personally, I think the word ambush is a little rough for the incident; confrontation would have been a little more suitable. BUTT, as we know, opposing news media are all chomping at the bit and salivating just waiting for the other guy to drop his drawers, to take every shot they can and make it sound as grisly as possible.

Florine Gruen Goldfarb, a Trump supporter was interviewed outside her home by CNN. 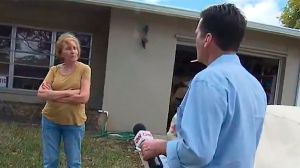 Goldfarb had her full name plastered on the video that was tweeted out to CNN’s nearly 40 million followers. Her house number was also visible for much off the video. Her crime? Unknowingly organizing a pro-Trump event on Facebook that was influenced by the Russians, who are accused of meddling in the election.

Since the interview, the lady received numerous death threats and has been harassed severely. That not being bad enough; now 40 million people now knows exactly where she lives.

When is all of the bad blood and the get back games ever going to stop between all of the opposing factions?? As we can see; peoples lives are being ruined and put into jepordy just so one of the vicious news media can try to BEST the other on the evening news.

The Boulder Rolling on all sides of the spectrum are completely out of control.  When it is all chopped up and dissected, it reverts back to  one thing; sour grapes over the LOST ELECTION. 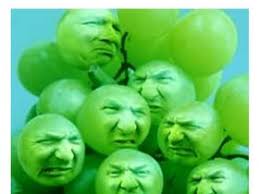 I have said this repeatedly. If all of the stiffs on all sides of THE ISLE would quit acting like 3 year old kids that are banging their heads on the floor for attention, and put all of their efforts into something constructive for the country, just imagine what a better place we would all be in.  Needless to say, we are in dire need.

Can any halfway intelligent person argue with the fact that there are other pressing issues in this country that SHOULD take precedence over  who own and who lost the election 1.25 years ago.

The anti-Trump fools thought they are very crafty people. They knew or should I say thought, if they put the heat on PDT for tampering with the election, it would take the focus of of them who were the true culprits. Much to their dismay, the boulders rolled in reverse and they got crushed.

Since PDT put his hand on the bible, there had to be billion$ of dollar$ pissed away trying to get some dirt on the other side. Let’s face it folks; the are ALL dirty in one way or another; only difference, some are dirtier than the rest. NO ONE gets to the top of the garbage heap in this political/financial world as most of them have without screwing someone, either physically of financially.

The actions of these GOT YOU clowns can be compared to Jeffery Dohmer accusing Chuck Manson a cold blooded killer.

It has to be a toss up which of the scumbags was worse. Same O same O with the Boulder Rollers.

Like everything else in this spinning out of control world, somethings will  never change. You may ask why? Because only fools and idiots keep making the SAME mistake time after time. How many times does one have to stick their finger in the socket before they get the hint?

I have often said; I have a little compassion for young dummies; BUTT, none for the old dummies that keep making the same mistake time after time.

COMMON-SENSE is the name of the game Addressing topics other bloggers shy away from. All posts are original. Objective: impartial commentary on news stories, current events, nationally and internationally news told as they should be; SHOOTING STRAIGHT FROM THE HIP AND TELLING IT LIKE IT IS. No topics are off limits. No party affiliations, no favorites, just a patriotic American trying to make a difference. God Bless America and Semper Fi!
View all posts by The Goomba Gazette →
This entry was posted in anti-everything, Anti-Trump, dirty politics, Junk journalism, the press, The world we live in and tagged Those without sin ...... Bookmark the permalink.

1 Response to Fox News Jumped right on it