How do we spell parasite? Salcido

What we have here is another ungrateful worm who is not only slandering fool, BUTT most probably a coward.

In a video, this piece of work Salcido, Southern California high school teacher is heard slamming members of the military as “the frickin’ lowest of the low” in a classroom rant to students has gone viral.

He falls right in line with the rest of the kneelers and flag burners in this country; who, if asked to join the military to help protect their country, would look like the Road Runner fleeing from the Coyote.

This ignorant prick, is rolling boulder at the military, calling them stupid and other choice names, is supposed to be an educated person. WRONG!! Educated people do not make off the wall remarks like that.

I can’t help but wonder if any of his family members or friends (if he has any) served in the military??

The major problem with the worms like Salcido; not only are they cowards, BUTT they are very small, insignificant, microscopic parasite that are starving for attention; do not have a backbone and find it necessary to jump on someone else band wagon so they can be recognized as to what  pathetic bottom-feeders they really are. 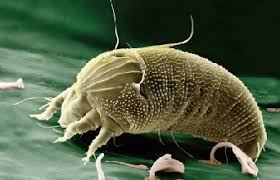 I think parasite pretty much describes this wanna-be bad ass.

Whenever any person bites the hands that feeds them or in this case, the hands that protect them; they are placed in very special unenviable, parasitic category.

There should be a movement to ship out to North Korea anyone that is anti-American and does not appreciate just how well off they are in this country.  The Kid will give them a good dose of his meniacial medicine on how they treat anti-government cowards in his country.

Let us wait and see if the school where the worm teaches hands  down any disciplinary action. Don’t hold your breath. In California; they may celebrate him and give him the keys to the state.

ALWAYS COMMON-SENSE Addressing topics other bloggers shy away from. All posts are original. Objective: impartial commentary on news stories, current events, nationally and internationally news told as they should be; SHOOTING STRAIGHT FROM THE HIP AND TELLING IT LIKE IT IS. Direct and to the point unbiased opinions. No topics are off limits. No party affiliations, no favorites, just a patriotic American trying to make a difference. God Bless America and Semper Fi!
View all posts by The Goomba Gazette →
This entry was posted in anti-American, anti-patriotism, freedom, ignorance, parasites and tagged Slithering Salcido. Bookmark the permalink.

3 Responses to How do we spell parasite? Salcido