James Comey Basks In The Glow Of Michael Flynn’s Downfall

Back in the old days when men were men and boys stayed home and played with their sisters dolls; there was an unwritten law among THE BOYS called Omerta (the code of silence).

Many of these people were not someone that Suzy Q wanted to take home to meet the Faulkers.  They were killers, pimps, loan sharks, gamblers, enforcers and had an assortment of other OCCUPATIONAL TALENTS.  BUT; putting aside some of the fore-mentioned sidelines, depending on who you ask, many of these characters were MEN OF HONOR.  Not only did they dabble in the rackets, many of them had side businesses to make them appear to loo legit.

As far as being killers; from time to time there was a necessity to remove a cockroach from the planet – pimps; pimping has been going on since cave men drug their lady around by their pony tails – loan sharks; a service provided to people that didn’t know how to manage their money –  gamblers; the only thing the government has against gamblers, they don’t pay taxes – the government are the biggest crooks of them all – enforcers; they are the guys that collect on delinquent loans –  all in all, depending on who you ask, many of them were MEN OF HONOR. 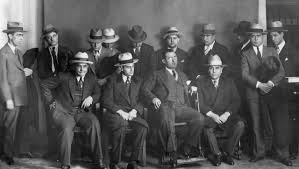 One of THE BOYS most outstanding qualities, they loved their families (although it was difficult at times to tell) – they respected one another and there was absolutely no dropping a dime if they got caught with their hand in the cookie jar. You got caught, you do the time. Keep your mouth shut and we will take care of the family while you are on vacation. Those were the rules they lived by.

If some was a rat – a fink – a squealer, they were dealt with accordingly. They were MEN OF HONOR and depending on who you asked, they were well respected.  Omerta was their word, bond and way of life.

Downside, possibly their wives took offense to them going out every Friday night with their FRIENDS but that was part of the deal.

There have been incidents where a hood would do 20 years before he would sing to the authorities.

Not so today in the RACKETS and in politics (just about the same thing). There have been more people dropping a quarter on their associates to save their ass and get reduced time, it is pathetic. These fools have taken all of the glamour and respect out of being a crook. (I love that line)

Omerta and the people that lived it, are long gone. There are no MEN OF HONOR  anymore. It is like every-man for themselves. When one of THEIR OWN falls overboard, they throw him an anchor instead of a life jacket.  There is no loyalty among thieves.

As we can see by the headlines; Comey is getting his rocks off because Flynn (the canary) is SINGING to the feds to save his ass. 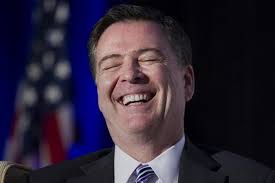 No honor among thieves!!

In response to former national security adviser Michael Flynn’s guilty plea Friday on a charge of lying to the FBI, Comey tweeted and Instagrammed a verse from the Bible about the virtues of justice.

Flynn is not the only rat in town. The rackets and politics is infested with them.  It is every-man for themselves.

If there are any wanna-be gangsters or politician (same thing) considering that life-style, their biggest consideration before going down the criminal road; chose your associates/bed-fellow wisely.  Omerta is a DEAD issue.

COMMON-SENSE is the name of the game Addressing topics other bloggers shy away from. All posts are original. Objective: impartial commentary on news stories, current events, nationally and internationally news told as they should be; SHOOTING STRAIGHT FROM THE HIP AND TELLING IT LIKE IT IS. No topics are off limits. No party affiliations, no favorites, just a patriotic American trying to make a difference. God Bless America and Semper Fi!
View all posts by The Goomba Gazette →
This entry was posted in America's finest, classless people, corruption, Crime, Humor, Opinion, The world we live in, thieves and tagged Give me the old days. Bookmark the permalink.