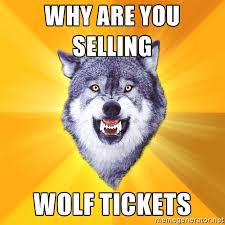 So much for insisting the NFL players abides by the rules. It is a SLAP in the face, punch in the gut and a SLEDGE HAMMER to the nuts for the NFL owners that ruled their players not take a knee.  The prisoners are making fools out of the Wardens.

Sooner or later, the owners are going to have to take a hard stand, (bite the bullet) take a stand against the rebels and quit selling Wolf Tickets. What it amounts to; they are a bunch of permissive parents that continually threaten their brat kids with consequences but never follow through.

In all actuality, the prisoners are running the prison and biting the hand that feeds them. All it amounts to i$ ; when are the owners going to back up the demands and shut the door on these anti-American actors. Based on all of the implication$$$$$$$, I don’t see it happening. UNLE$$$$$$$ the owners grow a set of nut$ and do what they did in 1987. Whether they know it or not; they control the purse strings.

The 1987 NFL season was the 68th regular season of the National Football League. This season featured games predominantly played by replacement players as the National Football League Players Association (NFLPA) players were on strike from weeks four to six. The season ended with Super Bowl XXII, with the Washington Redskins defeating the Denver Broncos 42–10 at Jack Murphy Stadium in San Diego. The Broncos suffered their second consecutive Super Bowl defeat.

Be realistic FOLKS. For one millisecond ; let us assume that ALL of the employees in the world told the owners of the company they worked for to kiss their ass. They were going to do things their own way regardless of what the owners told them.  How long would the companies survive? That is not the way it is suppose to work. The prisoners are NOT suppose to run the prison.

The owners are going to have to ban together and do whatever they have to do get back the control of the prison yards. They did it in 1987; they can do it again.

Just how many of the supporters of the kneelers in this country are company owners? How do they think their company would fare if they had a mutiny with-in their company?  Essentially, it amounts to a mutiny.  The owners would be prisoners in their own prison. 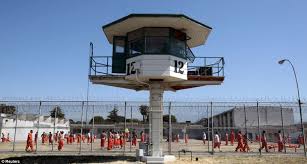 The owners have control of the gun tower ($$$$$$$$); use it, or continue to demonstrate their cowardliness and lack of respect for the USA.

At this point I don’t know which are worse, the defiant players or the money-mongering owner$$$$???

COMMON-SENSE is the name of the game Addressing topics other bloggers shy away from. All posts are original. Objective: impartial commentary on news stories, current events, nationally and internationally news told as they should be; SHOOTING STRAIGHT FROM THE HIP AND TELLING IT LIKE IT IS. No topics are off limits. No party affiliations, no favorites, just a patriotic American trying to make a difference. God Bless America and Semper Fi!
View all posts by The Goomba Gazette →
This entry was posted in $oldi, all about money, Big business, sports news and tagged 4th and goal - what are you gonna do??. Bookmark the permalink.