For the 1st time in many moons, as the Indian’s say, we have a Chief that does not mince words. In MOST cases he does not speak with a forked tongue. Is he right all the time? Absolutely not; BUT he tells it like he sees it and lets the cards fall where they may. I will give him at least 55%. Those are high numbers in the world of politics.

This morning he made a few statements that are really going to piss off a lot of people. Whats new?? He said that FEMA and the military will not stay in Puerto Rico forever.

The cold hard facts are; the island has been in total disarray and disrepair for years, long before the the hurricanes came calling. It is all about corruption, mismanagement and simply complacency.

It is a shame that there are so many good people there that have to suffer because of the bums that are responsible for its condition. We can compare Puerto Rico’s political system to a bad news brother in-law that is a drunk, a habitual gambler and a bum. This guy has been bailed out 100’s of times but keeps using and his abusing his benefactors.  The question is; when is enough, enough??

If the USA was looking for a president that is going to sugar-coat his conversations, they elected the wrong guy. As I said; I will give PDT a 55% rating in that department.

I have the utmost respect for ANYONE that lays it on the line, as long as they are truthful and tells it like it is, without the fear of repercussions. One exception; when anyone disrespects the USA. We may not approve of everything PDT says and does, but give the man credit for being forth-right.

If the USA keeps bailing out that brother in-law, the guy will never assume any responsibility and be self-sufficient.

They have been handed fish for many years now it is time they learn how to use the rod. Was it Jimmy Carter who said; there is no such thing as a free fish?? 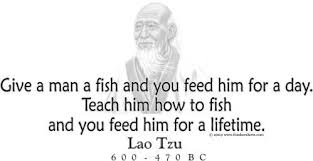 COMMON-SENSE is the name of the game Addressing topics other bloggers shy away from. All posts are original. Objective: impartial commentary on news stories, current events, nationally and internationally news told as they should be; SHOOTING STRAIGHT FROM THE HIP AND TELLING IT LIKE IT IS. No topics are off limits. No party affiliations, no favorites, just a patriotic American trying to make a difference. God Bless America and Semper Fi!
View all posts by The Goomba Gazette →
This entry was posted in Bungling government, Foreign countries, The world we live in and tagged The time is now. Bookmark the permalink.