On the take, incompetent or bleeding hearts??

An 18-year-old thug named Frank Valencia shot officer Kayla Maher, 26, a two-year veteran in the face in a shoot-up with the cops.

The thug was recently given a slap on the wrist by an incompetent judge. George Villegas and sentenced to probation and youthful offender status. (Youthful offender status must be a new category conjured up by some bleeding hearted PC-er to protect younger thugs)  Judge Villegas was either on the take, a bleeding heart, incompetent or all of the above.

According to the Bronx district attorney, Valencia had been released by a judge a week earlier in a case involving his possession of a semi-automatic handgun, 300 rounds of ammunition — plus a machete and a set of brass knuckles. The poor misguided kid must have been on his way to church when arrested.

Liberal fools like this clown that sit on the bench have been a big factor in many cases of their lenient sentences gone bad.  It is a good thing the officer was not killed.

I can’t help but wonder, if the thug goes before the same judge, what will his sentence be? Possibly an all expense paid trip to Europe.

Why not? As long as the government gets their end, they should care less. That is what it is all about anyway; the $oldi.

American presidents have trained North Korea to ignore our threats 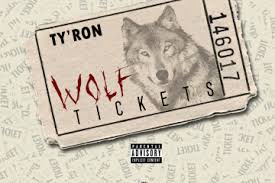 You know them well. The PC parent that continually threatens their kids that THEY BETTER and never follow through. It is a lot wiser not to say anything at all then to be made into a weak fool by making unanswered threats.

Power to the ladies. If they can do what the men do, without an slack being cut to them. more power to them.

A female Marine is set to make history next week as the first woman ever to graduate from the Marine Corps’ demanding Infantry Officer Course.

The woman, who wasn’t immediately identified, will be the first female to graduate from the course in the Corps’ 241 years of service. She completed the requirements of an exhausting 13-week program and will graduate at Marine Corps Base Quantico on Sept. 25, a Marine Corps spokesperson told Fox News Thursday. 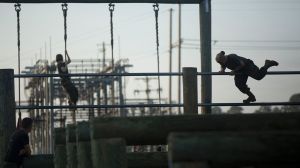 From one Jar Head to another; I will give the lady a big Semper Fi a hand shake and congratulations on a kick-ass job!!!! She is in a category all by herself.

The U.S. Commerce Department has backed Boeing in its challenge to Bombardier, recommending an enormous tariff on sales of the Canadian firm’s C Series jetliner.

The initial ruling by the International Trade Commission, an arm of the Commerce Department, recommends a 219.63% tariff on the delivery of each airliner. I say it should be higher.

Can’t just sell Wolf Ticket; gotta be able to back them up. Keep up the good work PDT, sooner then later these gold-diggers will get the me$$age.

Talk about absurdity; these Dot Head magistrates in India must be smoking some high power weed to come up with a conclusion like that.

New Delhi (CNN)An acquittal in a high-profile rape case in India has reignited debate over the meaning of consent after a judge set aside the conviction of a Bollywood filmmaker, saying “a feeble ‘no'” could still signal willingness on the part of an alleged victim.

Mahmood Farooqui, the co-director of the hit Bollywood film “Peepli Live,” was sentenced to seven years in prison in 2016 after he was found guilty of raping a Columbia University graduate student at his home.
I can’t help but wonder how many sacred cows and elephants the judge ACCIDENTAL/CO-INCIDENTALLY found in his front yard the morning after his decision??

Saudi women celebrate news they will finally be allowed to drive

JESUS – JESUS – JESUS; the Saudi government finally figured out it is the year 2017.  Now the ladies can go shopping on their own and do not have to trouble their servants to take them.  Praise the Lord!!

The next thing the ancient thinking Saudi’s should do is consider, allowing the ladies to uncover their faces. They may go into a bank someday to take care of business and the teller won’t know if they are being held up or not. Could get messy.

(CNN)Hip-hop artists — from Diddy to Killer Mike — rallied behind Colin Kaepernick and other athletes this week after President Donald Trump urged owners of the NFL to fire the “sons of bitches” who protest the National Anthem on the field. 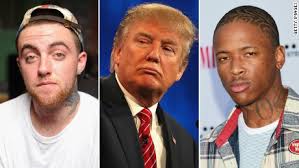 The only thing these two Jack-oofs should be slamming; is there &^$#@* heads against a brick wall.

If any fool follows these kind of, what they would like to be called, entertainers, they would know, these misguided boys should NEVER criticize anyone, let alone The President of the USA by the way they adversely influence the kids.

Here we go again, the boys and the media taking what PDT said out of context:

“THE LINE HAS BEEN CROSSED!!!! Time to show them #blackexcellence LETS GO!” Diddy tweeted, along with a widely shared meme that compares Trump’s description of African-American players as “sons of bitches” and the President’s previous suggestion that there were some “very fine people” on both sides of a white supremacist rally in Charlottesville, Virginia.

If I am going to get accused of robbing a bank; make sure that I actually robbed it before putting the jacket on me.

Just another in the long line of fools waiting in line to get on the Ship of Fools for a little recognition. 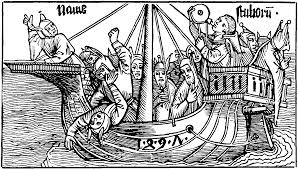 How a CIA traitor turned his son into a Russian spy 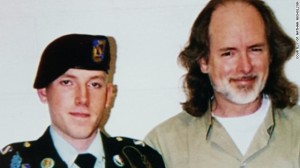 Shoot them both. As a favor and a show of good-will, we should have Rodman ask The Kid-dick-tator if he can borrow his rocket launcher.

THE WAY THE WORLD WOBBLES

COMMON-SENSE is the name of the game Addressing topics other bloggers shy away from. All posts are original. Objective: impartial commentary on news stories, current events, nationally and internationally news told as they should be; SHOOTING STRAIGHT FROM THE HIP AND TELLING IT LIKE IT IS. No topics are off limits. No party affiliations, no favorites, just a patriotic American trying to make a difference. God Bless America and Semper Fi!
View all posts by The Goomba Gazette →
This entry was posted in Hodge-Podge, The world we live in and tagged Saudi women caught drag racing. Bookmark the permalink.