Wanna get depressed?? Read the news

I started to read the headlines on Fox and they made my head start to spin around like an out of control high powered top.

Is there anything good happening in the world these days?? It sure does not look like it to me.

It seems to be one thing after another that is putting our once more calm/peaceful/civilized societies into a self-destructive mode.

It was not too long ago when bad news was front page stuff; a very big deal. Now, have become so accustom to getting bombarded with bad/grotesque news of mass murders, bombings, terrorists activities, teachers having sex with students, rouge cops going haywire, politicians that are completely incompetent, having to deal with foreign governments that are a constant threat; it seems goes on and on, never ending, we pay little attention to them.

These types of bad news have become so common-place and occur with such frequency, some of the tragedies don’t even make the front page. They are akin telling someone that they missed dinner last night with their friends. It does not even phase us anymore.  It is called being anesthetized or lack of awareness.

Joe to Moe; Did you hear 40 people were slaughtered and their village was burned down last night. Moe to Joe; what time are we playing golf tomorrow.

I continually say that mankind is self-destructing. If these and other headlines do not prove it; Nancy never hit Sluggo in the head with a snow ball. I was going somewhere else but decided to keep it clean!! 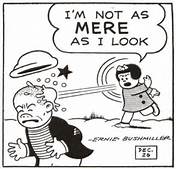 Around and around we go; where we stop nobody knows.

All I  can say is; if we self-destructing human-beings keep going at the exhausting pace to obliterate ourselves as we are, it is not going to be too long, in the big scheme of things, before the bottom is going to drop out.

Mankind can control it’s own destiny and come out ahead of the game if they chose to; but there are too many factions out there that are pulling in the direction opposite direction.

If anyone reads the headlines above and can come away with a positive attitude; they are a lot more optimistic then I am.

No one can convince me that all of the unnecessary pressures and negative  world’s affairs do not have a very big impact on people of all ages, especially he younger generations. It most certainly does.

The handwriting is on the wall but  very few are paying attention.

Not being paranoid, just very aware.

COMMON-SENSE is the name of the game Addressing topics other bloggers shy away from. All posts are original. Objective: impartial commentary on news stories, current events, nationally and internationally news told as they should be; SHOOTING STRAIGHT FROM THE HIP AND TELLING IT LIKE IT IS. No topics are off limits. No party affiliations, no favorites, just a patriotic American trying to make a difference. God Bless America and Semper Fi!
View all posts by The Goomba Gazette →
This entry was posted in Crime, dangerous territory, dirty politics, Evil, extreme left wingers, foolish people, Foreign countries, freedom, Human nature, injustice, insanity, journalism, justice, military, Mother Earth, news media, PC insanity, People, Politics, race relations, terrorists, The world we live in, wake up America and tagged It is never too late; BUT .... Bookmark the permalink.