It is called a severe case of CBTBYITA or more commonly known as; Comes Back To Bite You In The Ass. The high-brows call it Karma.

What a can of slimy worms the Ship of Fools in SF opened up. The degenerate, washed-up, left-over hippies from the 60’s are getting exactly what they deserve.
What I am hoping for is; another 100,000 illegals sue them and wins their case. On the other hand, they are so smoked up out there, they probably are oblivious.

A man from El Salvador in the U.S. illegally who sued San Francisco after police turned him over to immigration authorities in violation of the city’s sanctuary law is set to be awarded $190,000, his attorney said Thursday.

Pedro Figueroa-Zarceno, 33, reached the settlement agreement with the city attorney’s office, said Saira Hussain, a staff attorney at the Asian Law Caucus who represented Zarceno. The agreement must be approved by the Board of Supervisors.

Knowing how out of touch with reality the city officials are in Smoke City; they probably threw a celebration party and gift wrapped the check they coughed up, to congratulating Pedro for taking them to the cleaners. 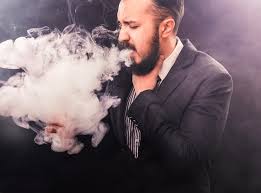 Soooo; on this day, 6-30-17,  in honor of all the Fools on the Ship by The Bay; the Commander and Chief of the Goomba Gazette is dedicating a new word to them; CBTBYITA. I know it is a little hard to pronounce but gets easier each time you use it.

ALWAYS COMMON-SENSE Addressing topics other bloggers shy away from. All posts are original. Objective: impartial commentary on news stories, current events, nationally and internationally news told as they should be; SHOOTING STRAIGHT FROM THE HIP AND TELLING IT LIKE IT IS. Direct and to the point unbiased opinions. No topics are off limits. No party affiliations, no favorites, just a patriotic American trying to make a difference. God Bless America and Semper Fi!
View all posts by The Goomba Gazette →
This entry was posted in Crime, immigration, It's about time, Karma, taxpayers waste and tagged comeuppance. Bookmark the permalink.