Did they say achievements???

Pictures can tell a 1,000 tales or something like that. 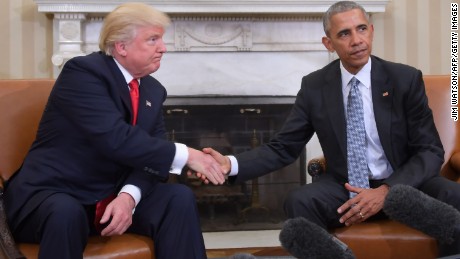 I may agree that Mr. O accomplished a few positive things while in office; but they seem to have escaped me at the moment.  I would have to conclude that his Faux Pas over-shadowed his accomplishments.

One example is too many. It is the Iran deal. While the Iranian leaders were vowing to kill all Americans, Mr. O in all of his wisdom, was signing over 151 BBBBillion dollars to them. Anyone that can not find fault with that one-sided deal, must have their head where the sun doesn’t shine.

One other example is Obamacare. How can so many experts see the deficit in it and so many others see the pluses?

Hundreds of well-known organizations are pulling out of it because of all of the expensive implications, stating that they cannot survive under the current conditions. Can we believe them or not?

On the other hand we have so many people expounding on all of the virtues of the healthcare plan.  What is the accurate description of the robber robbing the bank.?

It has always amazed me that 1,000 people can see the same guy robbing a bank but none of them ever agree on what the bandit looked like.

One prime example of human-nature was the OJ Orenthal thing.  I don’t care if the dude is black, green, white or yellow. To me it has nothing to do with the fact that he butchered two people. The man was DEAD wrong and guilty as sin; BUT, always the BIG BUT; the brothers and sisters in this country banded together and sacred the shit out of the honkies. If OJ was found guilty, regardless if he was or not, there would have been hell to pay, billions of dollar$ of destruction and certainly many deaths.

The only conclusion I can come to as to who is making the right moves; the proof is in the pudding.

From where I sit; Mr. O’s mixing bowl was 3/4 empty when he got his hat. In my opinion, PDT’s mixing bowl is now 3/4 full. The proof will be in the cup cakes.

Is PDT making mistakes? Absolutely; but he is not sitting on his hands and is making an attempt to make it a better world.

It all depends on who you ask.

COMMON-SENSE is the name of the game Addressing topics other bloggers shy away from. All posts are original. Objective: impartial commentary on news stories, current events, nationally and internationally news told as they should be; SHOOTING STRAIGHT FROM THE HIP AND TELLING IT LIKE IT IS. No topics are off limits. No party affiliations, no favorites, just a patriotic American trying to make a difference. God Bless America and Semper Fi!
View all posts by The Goomba Gazette →
This entry was posted in Obamaness, Trumpness and tagged Who robbed the bank??. Bookmark the permalink.