There is an old trend in town folks that is getting a lot bigger. If you want to rid yourself of your better-half/worst-half; take them on a cruise and come back with less baggage.

This is what appeared to happen with Daniel Belling and his family. 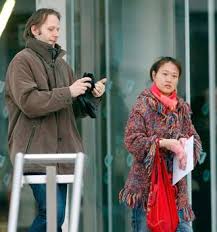 He and his wife their two children set off on an 11-day Mediterranean cruise on February 9th. But according to Newser, only three of them boarded a flight back to Dublin—or tried to.

The 45-year-old German native was stopped for questioning at Rome’s Ciampino Airport on Tuesday in connection with the apparent disappearance of his wife, Li  Yinglei who vanished while on the cruise and her loving hubby Danny neglected to report her missing.

The Irish Times reports Belling was due to be charged Friday with her murder. Belling’s lawyer says there is a “perfectly good explanation,” and that Belling had no hand in Li’s disappearance. However, he did not elaborate. 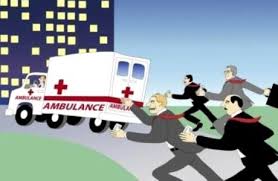 This may be a family conspiracy. The article mention Daniel and his 2 kids. Between the three of them, according to the article, no one mentioned the wife/mother missing.  Possibly,  Li burned their bacon or toast when she made their breakfast??

Disappearance is nothing new in the cruise business. According to Dailymail.com:

The vanishing passengers: It’s a mystery as bizarre as it is disturbing – why have 165 people gone missing from cruise ships in recent years?

http://www.dailymail.co.uk/femail/article-2040248/Why-165-people-gone-missing-cruise-ships-recent-years.html#ixzz4akGDDlfG
I really don’t know, but I am assuming it is very difficult to prove that someone offed their partner by offing them over the rail.  Unless there is a video or witnesses, it has to be hard to prove.
https://www.youtube.com/watch?v=uiGFZUnJgqU
A Word to the wise. If you and your better-half/worst-half are feuding and they axe you to go if you want to go on a cruise; I would suggest you decline the offer.  Tell them you would rather go on a hayride instead. It is a lot harder for a person to go missing on a hayride than it is on a cruise.

Mind you, this is only a suggestion.

COMMON-SENSE is the name of the game Addressing topics other bloggers shy away from. All posts are original. Objective: impartial commentary on news stories, current events, nationally and internationally news told as they should be; SHOOTING STRAIGHT FROM THE HIP AND TELLING IT LIKE IT IS. No topics are off limits. No party affiliations, no favorites, just a patriotic American trying to make a difference. God Bless America and Semper Fi!
View all posts by The Goomba Gazette →
This entry was posted in Crime, Protecting the ladies, The world we live in, Travel and tagged Cruise anyone??. Bookmark the permalink.

1 Response to Crusin for a brusin