Talk about being taken to the cleaners – out back to the tool shed – getting your clock cleaned – literally getting your ass kicked Brazilian style; those are the lessons Rhonda Rousey learned last night in her 48 second loss in the  1st round.

I won’t even call it a fight – a fight is between at least two people – this was so one sided it was ridiculous. 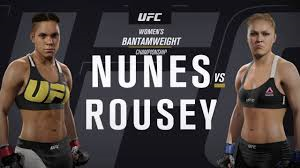 In the upper echelons in the  MMA fight game a fighter has to be multi-talented in all degrees of self-defense, not just one dimensional like Rhonda Rousey is. Although when Rhonda first appeared in the fight game she initially had an impressive record  coming up through the ranks BUT she really didn’t fight anyone that was a challenge to her.

As in the boxing game, early on in the fighters carrier, many fighters are matched against bums to get their win column up there. When they do finally get to the plateau where the real pugilists are, that is when the boys are separated from the men. In Rhonda’s case; the girls separated from the masterful ladies.

I had a very strong inclination that Rousey was going down for the count. Shudda put a few soldi on the fight.

Needless to say that Rhonda is a very talented lady on the ground BUT her stand-up game has a lot to be desired.

Like the spider, Rhonda tries  to pull her prey into her web so she can incapacitated them with  her excellent submission holds. I would say she is a master (or is it mistress???) at the ground game.

Her last 2 fights her opponents knew if Rhonda got them on the ground they are history and fought their fight not hers.   What does the savvy  fighter do, stick and move to stay out of her web. That is exactly what the Brazilian Phenom Nunes did last night and gave the American a good old fashion  ass whooping. It was hard to watch.

One of the other major problems with becoming a major celeb, especially in the fight game; they are not hungry anymore. They start to believe all the hype that is being showered on them by the media and the fans. They lose the eye of the tiger.

As we all know, the media can be brutal, especially after a defeat.  Rhonda WHO????  It doesn’t take long after  a person’s usefulness has peeked and they are no longer a commodity, they are immediately marched to the shit can and thrown in.

The same thing happened with Page VanZant.  She was a moderate good fighter but  not an excellent fighter. She got her head swelled up with her celebrity on Dancing with the Stars and other distractions which I feel made her lose her veracious appetite for winning. 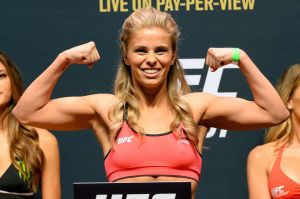 Where does Rousey after this?? I hope not over the proverbial edge as many people that have been defeated in the lives one way or another and they resort to unhealthy alternatives.

If we do not develop that hard shelled mentality  early in life and sit around felling sorry for ourselves when our lives are not going in the direction we have not anticipated, we might as well give the guy a  baseball bat, lie down and let him beat the hell out of us.

In order to survive in this ever increasing tough world, especially when things go south,  a person has to be very disciplined and tough as nails.  I hope Rousey can take the bull by the horns and do what is best for her.

It would be my guess that Rousey  is going to take  a good long vacation from the Octagon or quit fighting completely. I wish her good luck!!

Her loss last night was as big of a defeat to Rousey as Hillary’s was to her. They both beat themselves. 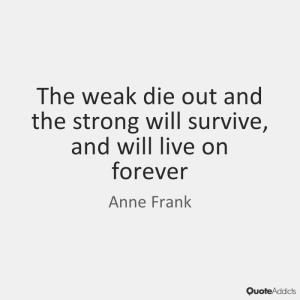 Like Kenny says; we have to be smart enough to know when to hold and when to fold.

HAPPY, HEALTHY 2017 TO ALL OF THE GOOMBA GAZETTE FOLLOWERS AND THEIR FAMILIES – MAKE THE MOST OF EACH AND EVERY PRECIOUS MOMENT YOU ARE ON THIS EARTH – WE ARE HERE TODAY AND GONE TOMORROW IN THE BLINK OF AN EYE – WE SHOULD NEVER HAVE TO SAY JUST BEFORE THE LID SLAMS IN YOUR FACE, I SHOULD HAVE!! 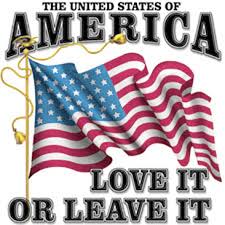 COMMON-SENSE is the name of the game Addressing topics other bloggers shy away from. All posts are original. Objective: impartial commentary on news stories, current events, nationally and internationally news told as they should be; SHOOTING STRAIGHT FROM THE HIP AND TELLING IT LIKE IT IS. No topics are off limits. No party affiliations, no favorites, just a patriotic American trying to make a difference. God Bless America and Semper Fi!
View all posts by The Goomba Gazette →
This entry was posted in Celebs, People, sports news and tagged Never count you chickens ........ Bookmark the permalink.