Gregg Jarrett: An “avalanche of evidence” may now bury Hillary

I will bet I am just one of millions of decent Americans that can not wait to attend the funeral.

For decades the Clinton’s have been inter-coursing the canine and getting away with it. Now it seems that they were given enough rope and they finally hung themselves.

99% are not bad odds. That could possibly mean, out of every 100 email BB sent out on her unsecured/illegal computer, 99 of them were commandeered by foreign/enemy agencies. That is as close to a sure-thing/lock/solid guarantee  as a person can get.

On top of it all, when a low life-like the wiener guy has access to that type of sensitive information, there is no telling what he would do with it.  Being that he is an exhibitionist, he probably took selfies with the emails and showed them to everyone he knows.

BB could have made it a lot easier if she would have put The Judo guy – The North Korean Brat – Iran  and all of our other adversaries on her preferred email list. Due to her negligence, they were going to wind up seeing them anyway.

I TOLD YOU SO‘: Emails show Clinton aide called Comey ‘a bad choice’

That I told you so coming from BB must have been a premonition of hers that somewhere down the line Comey would put the blocks to her if forced into it.

A couple of months ago I was throwing stones at Comey for his decision not to have BB prosecuted. But as of today, I have to do a partial reversal on my opionion of the man.

There can be several reasons why he did an about-face, but whatever the case may be, he has regained some faith from the public after his embarrassments to the FBI.

It really doesn’t surprise me that CNN did not have any major headlines pertaining to the Clinton’s political predicaments but they did carry the  story about Eric Trump’s loose tongue.

Speaking to Denver radio host Ross Kaminsky, the mogul’s son and surrogate reacted to Kaminsky’s comment that Duke, who has offered unwelcome support for Donald Trump,”desperately deserves a bullet in the head.”

“If I said exactly what you said, I’d get killed for it,” Trump replied. “But I think I’ll say it anyway: the guy does deserve a bullet.”

It is amazing how some of the Trump clan can get sucked into ad-libbing or expanding on a comment someone else made. It seems they do not have the control necessary to keep themselves out of hot water.  Eric had to know that someone would jump on the comment.

Why is CNN referring to Eric as Donald’s surrogate?  The definition of surrogate: One that takes the place of another.

Just because Eric is Trump’s son, it does not mean he represents his father with everything he says or does.  If that was the case, all of the offspring of people like Albert Sharpless are in big trouble.
I have ALWAYS maintained, no one is responsible for anything one of the family members has done, good or bad. That opinion sure puts reparation and slavery  in a new light.
It definitely was a foolish remark for Eric to  make.  It appears that a few members of the Trump clan don’t know how to control fermeing  their la bouche.

CNN – the absents of

It really doesn’t surprise me that CNN did not have one of the disparaging reports on BB’s impending Waterloo.  If it were not for Fox and occasionally CBS reporting the truth/facts about the Clinton clan, their devious/illegal activities may have gone completely unnoticed.

Keep the pressure on folks, the election is only 6 days away.  If this is another nail hammered into the Clinton machine’s coffin as it should be, this may put them down for the count. 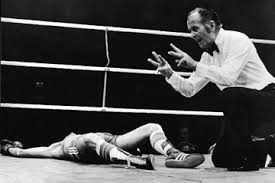 COMMON-SENSE is the name of the game Addressing topics other bloggers shy away from. All posts are original. Objective: impartial commentary on news stories, current events, nationally and internationally news told as they should be; SHOOTING STRAIGHT FROM THE HIP AND TELLING IT LIKE IT IS. No topics are off limits. No party affiliations, no favorites, just a patriotic American trying to make a difference. God Bless America and Semper Fi!
View all posts by The Goomba Gazette →
This entry was posted in justice, Karma, Opinion, wake up America and tagged 'Pater Noster'. Bookmark the permalink.