Calls Pope Francis ‘Marxist,’ ‘Most Dangerous Person on the Planet’ Over Climate Encyclical

In my humble opinion, there is one piece of dead weight that Fox News should show the exit door. The dude or dud’s name is Gutfeld.  He has rubbed me the wrong way from the first time I saw one of his programs.  He has the most outrageous/ conceited  attitude of just about anyone in the news media. I am surprised he isn’t a supporter of BB. 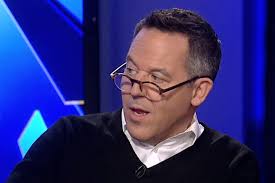 Talk about no filter on someone mouth; Gutfeld  takes the grand prize for some of the remarks he makes with his egotistical personality.

Just when you think they can’t say anything more outrageous over at Fox “News,” host Greg Gutfeld blows your mind again.  The most dangerous person on the planet is somebody who’s seeking strange new respect from their adversaries — and that is what the Pope is doing — he doesn’t want to be your grandfather’s pope, he wants to be a modern pope. All he needs is dreadlocks and a dog with a bandana and he could be on Occupy Wall Street.

We may ask ourselves why is Gutfeld so disrespectful to the Pope? This is the answer.

What is Greg Gutfeld’s religion?
As of 2012 , Gutfeld resides in New York City with his wife, Elena Moussa, whom he met in London, where he lived for three years. He is an agnostic atheist. Gutfeld was raised Catholic and once was an altar boy.
I don’t really believe that politics and religion should bump heads but the Pope could have been expressing his opinion as a citizen of the earth and not the pope.

Why is this comment necessary??? All he needs is dreadlocks and a dog with a bandana and he could be on Occupy Wall Street.  Gutfull really thinks he is funny.

Personally; I can’t help but dislike the guy who struts around wearing his super-ego on his sleeve and his mouth.  People like Gutfull don’t know what the word respect means. He is one classless bloviator.

ALWAYS COMMON-SENSE Addressing topics other bloggers shy away from. All posts are original. Objective: impartial commentary on news stories, current events, nationally and internationally news told as they should be; SHOOTING STRAIGHT FROM THE HIP AND TELLING IT LIKE IT IS. Direct and to the point unbiased opinions. No topics are off limits. No party affiliations, no favorites, just a patriotic American trying to make a difference. God Bless America and Semper Fi!
View all posts by The Goomba Gazette →
This entry was posted in Bloviating, classless people and tagged empty barrels ........ Bookmark the permalink.