Keep putting the blocks to her Folks

I knew a few guys in the rackets and in politics (same thing) through the years, that tried to cop a plea when they got caught by the FBI for the misdeeds or having their hands in the cookie jar, by stating; I didn’t do anything different than the other did!!  WELL; so goes Jeffrey Dahmer and Charles Manson.

The State Department’s former top watchdog, in an interview with Fox News, rejected Hillary Clinton’s repeated claims that her personal email use was in line with her predecessors’ – while saying he would have immediately opened an investigation if he caught wind of a secretary of state using such an account.

Howard Krongard, a George W. Bush team member that served as the State Department inspector general from April 2005 to January 2008, is  challenging  Bill’s wife regarding her insistence that other before her  also had private email servers and  she did nothing out of the ordinary.

Krongard is giving that one a big 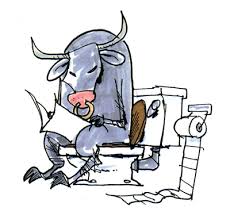 This is what I consider Karma. What has gone around is coming back around.

I think – I think; this may be the Waterloo for the Clinton Machine.   As they say in Ar-can-sass where Billy reigned supreme for many years; they are finally getting their upins.  Their pet dog name Arrogance may have just come around to bite them in the ass.

I had my misgivings as to whether this tall tale of deception and deceit would ever be told in truth BUT the wheels of justice may have just received a good greasing.

If and when the FBI’s guillotine drops on this case, it not only is going to put an end to the CM it is going to take some of the thunder away from Mr. O and company, who from the background has been trying to pull the Old Shell Game on the American people by covering up for his old pal.

The Shell Game like in politics; what you see isn’t always the way things are.

We finally may see their mansion being torn down.

COMMON-SENSE is the name of the game Addressing topics other bloggers shy away from. All posts are original. Objective: impartial commentary on news stories, current events, nationally and internationally news told as they should be; SHOOTING STRAIGHT FROM THE HIP AND TELLING IT LIKE IT IS. No topics are off limits. No party affiliations, no favorites, just a patriotic American trying to make a difference. God Bless America and Semper Fi!
View all posts by The Goomba Gazette →
This entry was posted in corruption, Crime, dirty politics and tagged finally. Bookmark the permalink.