When I listened to the video the Governor of Ab-a-lama  made I thought I was having a problem with my hearing aid or experiencing  deja-vu all over again.

It sounds eerily similar to this video.

Last week Rebekah Mason, a top aide to Alabama Gov. Robert Bentley resigned after denied she had an affair with the Gov. 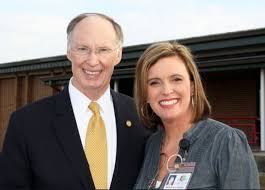 I wanna give the lady the benefit of the doubt. But if she did roll in the hay with this old codger, she better go get her peepers checked. Not a very likely couple by the looks of it.

In a written statement. My only plans are to focus my full attention on my precious children and my husband who I love dearly, she said. They are the most important people in my life. Thank you for your prayers for our family.

After some very explicit recordings of the gov were made public, he denied he had an affair with a senior political adviser and former spokeswoman. He claims it was all trash talk on the nothing escalated into the real deal.
Let us not forget that politicians have a strong propensity for trying to cover up the truth.

COMMON-SENSE is the name of the game Addressing topics other bloggers shy away from. All posts are original. Objective: impartial commentary on news stories, current events, nationally and internationally news told as they should be; SHOOTING STRAIGHT FROM THE HIP AND TELLING IT LIKE IT IS. No topics are off limits. No party affiliations, no favorites, just a patriotic American trying to make a difference. God Bless America and Semper Fi!
View all posts by The Goomba Gazette →
This entry was posted in bad choice, dummies and tagged Deja-Vu????. Bookmark the permalink.