Or was Don shown the backdoor? No wonder Don is flashing those ivories. This guys annual salary shot up from 4 million in 2011 to 13.1 million in 2013. Just like Roger the Dodger head cheese at the NFL who makes 40 million a year; what the hell do these studs do to justify all that soldi?

Even the biggest and the best run out of gas and need to rebuild their engines in order to stay in the race.

Mc Donald’s was started by 3 guys in 1940 name Richie and Maurice Mc Donald and their partner Ray Kroc. They became the power houses in the fast industry and by 2014 have 35,000 locations around the world.

In 2013 they reached their all-time high in revenue with 28 billion dollars and had a total of 440,000 burger slinger working under the Golden Archers.

In the 60’ and 70’s they climbed on top of the ladder being the top fast food chain in the world. The 80’s things started turning the other direction and in the 90’s the bottom fell out of their Quarter Pounder w/cheese box.

Through the years there have been numerous CEO’s at the helm trying to put the one time # 1 fast food in the world back on top. Many of them have failed. Let’s face it, there is only so much you can do with a burger.

In my opinion, this goes for other eateries as well, cutting back on size to save money is not the way to go. The size of Mickey D’s burgers have shrunk substantially through the years.

The people that eat in fast food places as well as other establishments want BIG. That is why so many Americans are so fat.  If Mickey wants to get back in the game they have to make their burgers the same way they did when they opened the doors in 1940. Now I call them see thru burgers.

It is the same with all companies. The competition is brutal and the only way they see they can survive is to cut back on their products. I think they are cutting their throats in doing so. Make the quantities bigger and charge a little more. Money is not the issue.

Toilet paper rolls and paper hand towels are smaller – they may advertise more sheets per roll  but the indiviual sheets are smaller per roll.

The hole on the underside of wine bottles has become bigger, making more money giving the customer less wine in the container.

Nutty Bars  have shrunk so small it takes two for todays sizes to make one of yesterdays.

Little at a time the ounces in containers are getting less and less. One pasta brand now has 12 oz. instead of 16. Most people do not pay attention.

Beer bottles are getting smaller. There used to be 24 – 16 oz. bottles in a case and now some have 18 – 12 oz. in the case. It is still a case but a lot smaller. Make the container look pretty and no one pays attention.

In a bar they fill up a wine glass about 1/3 of the way up and bull shit the customer that the vino has the breath. The only thing that is breathing is that cash register. After that first glass, they could put Thunder Bird in the glass and the drunks would not know the difference.

Take popcorn in a movie theater for instance.  Research has shown that it costs .90 with every factor included to make a box of popcorn that on the average cost $8.15. Now you have to buy a soft drink to wash that crunchy gold substance down your throat and that will set the buyer back on the average $6.31 for something that costs .40 to make.

There is an old Italian saying that goes like this; Non mi dispiace farsi scopare un po ‘, ma mi piace ottenere baciato un po’ troppo; I don’t mind getting screwed a little but I like to get kissed a little too.

The theater owners try to bull-shit the movie goers that they do not make any money on the admission itself, they make all of their money on the concessions. Is that why there are thousands of movies made each year so they can sell popcorn?? You know what I have to say to that 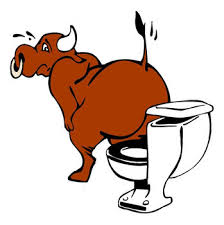 Most people never complain because they are embarrassed to say anything and it is not PC. This PC-ness nonsense is the ruination of this country. I say the squeaking wheel gets the grease.

It is a afct that people love to get bull-shitted. They love it. When someone is bull-shitting them, they sit there with a smile on their face and shake their heads up and down like they understand while being lied to because they do not want to admit that they have no idea what the bull-shitter s talking about.

Screw the consumer anyway they can. I had a friend in the restaurant supply business who told me he raised the price on all of his items 1 penny at a time and the buyer never noticed the difference. In six month the price went up 25% before the buyer woke up.

Sooner or later, no matter how big the company or a country thinks they are the Grim Reaper does come calling. Mikey has found that out.

Getting back to the basics and old style of doing business is long gone and will never come back. Years ago there were multi-million dollar deals done with a hand shake; their hand shake was their bond.  Not today. Anytime there is a deal put together, all parties concerned have 6 ambulance chasers present that make 750.00 an hour each and two feet of paper work that needs signatures.

No one came convince me that the new way of doing business is a better way. Many companies like Mickey D are living or should I say dying proof of that.

The new way of doing business is; cut the product down and increase the prices. We are paying a lot more and getting substantially less. I don’t think that money is an issue with the consumers; the quantities and quality are.

There is one enterprising company out there that has eliminated the Do Do on a toilet paper roll. That is the part I used to look forward to getting to so I could get a couple of Do Do’s when the roll was finished.

COMMON-SENSE is the name of the game Addressing topics other bloggers shy away from. All posts are original. Objective: impartial commentary on news stories, current events, nationally and internationally news told as they should be; SHOOTING STRAIGHT FROM THE HIP AND TELLING IT LIKE IT IS. No topics are off limits. No party affiliations, no favorites, just a patriotic American trying to make a difference. God Bless America and Semper Fi!
View all posts by The Goomba Gazette →
This entry was posted in bet the comsumer. Bookmark the permalink.