Give it a rest fellas. As we say in Italian “è troppo è troppo”; enough is enough.

The guy was fines 2.5 million dollars and banned from participating from any NBA activities, even though he is still an owner of an NBA team and has lost the respect of many people. I think that is punishment enough.

Quoting some black organizations:
That decision, the statement said, was “a bold, courageous and resolute message that the views expressed by Sterling do not represent the National Basketball Association as an organization today or the kind of organization that it seeks to be in the future.”

But Sterling’s suspension isn’t enough, the groups said, calling for Silver to meet with them to ensure Sterling “remains an anomaly among the owners and executives in the league.”
“Sterling’s long-established pattern of bigotry and racist comments have not been a secret in the NBA,” the statement said. “Yet until now, they have been tolerated and met with a gentle hand and a blind eye.”

“Our goal is for Commissioner Silver to extend these efforts beyond a reactive approach to one egregious situation to a proactive approach that will allow him to set forth and enforce clear policies and codes of conduct that reflect the best of the NBA, as well as foster a league culture that is as inclusive in practice — at all level.

I would say that the penalty fit the “crime” and Sterling’s sterling reputation has suffered enough. Possibly they want the guy to slit his wrist. 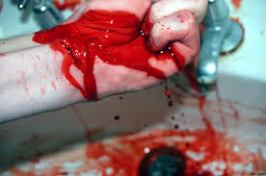 I don’t see Charlie Rangel, Al Sharpton or some of the other influential black leaders being fined for their comments about white or have them kicked out of their apartment buildings

If the game is going to be played it has to be played both ways. I think Donald “The Racist” Sterling has been penalized sufficiently.

Let’s face it, there is going to be some type of resentment and animosity between races until another big comet slams into Mother Earth. It is an impossibility for everyone to like everyone. The key to living in racial harmony is for everyone to tolerate and respect one-other and keep their opinions to themselves.

2 Responses to He paid enough