Empty suits and no brains

Would you expect any less from a bunch of dead-beats that have the power to vote in their own raises? They are a bunch of mindless, self-centered greedy pigs. 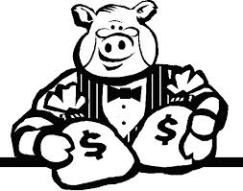 WASHINGTON — Senate Democrats could not advance their bill to raise the minimum wage on Wednesday, failing by a vote of 54-42 to clear the filibuster threshold.

The vote if approved would raise the minimum wage from $7.25 to $10.10 per hour and tie it to inflation so that it rises with the cost of living.

It is a shame that the American voters do not have the power to vote for all of the pay raises and perks that these political leaches get. If these bums were paid on performance they would all be in the soup line in lower De-Troit.

It is mind-boggling to me that these worthless and empty frames inside their $1,000.00 suits have such little concern for the people they make big money to represent. 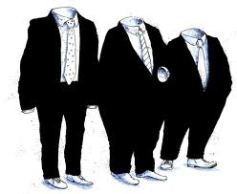 What a system we have. It may be one of the best on the planet but it has more holes in It than the colander we drain the Spaggs with on Sunday.