A “Pow Wow” that was supposed to be disciplinary in nature with the Cedarville Rancheria Tribe ended up with a pistol packing Squaw who was on the “war path” when she opened fired and killed 4 of her paisanos’.

The shooter, Sherie Lash, 44 must be a good shot, she hit her targets 4 times.

It appears that Sherie Baby and her sons are troublemakers within their tribe and were supposed to be evicted from the tribe after the meeting.

Sherie the Squaw didn’t wait for the final straw to be drawn when she pulled out her Buffalo Bill pistol and blew away 4 of the tribes people.

Taking wild guess, I would say that the Hot Headed Sherie is in a lot more trouble now than before the Pow Wow got under way. If convicted and she most probably will be, she may end up in the “Big Teepee” in   the sky for her murderous ways.

I wonder how much those execution arrows hurt when they go in? 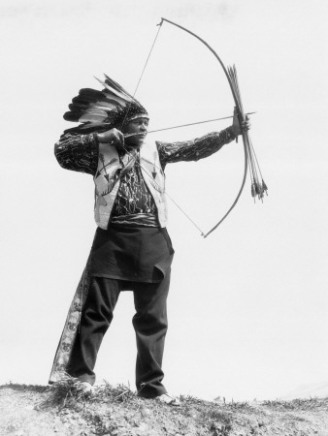 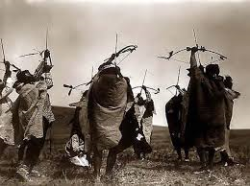 COMMON-SENSE is the name of the game Addressing topics other bloggers shy away from. All posts are original. Objective: impartial commentary on news stories, current events, nationally and internationally news told as they should be; SHOOTING STRAIGHT FROM THE HIP AND TELLING IT LIKE IT IS. No topics are off limits. No party affiliations, no favorites, just a patriotic American trying to make a difference. God Bless America and Semper Fi!
View all posts by The Goomba Gazette →
This entry was posted in Crime and tagged Pow Wow. Bookmark the permalink.