His most revered, honorable, highly esteemed (by himself) Reverend Jackson  must have just got the word. This news is a week old; wake up Jesse. 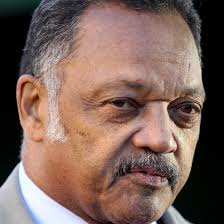 Just like any other public figures or celebs that are on the “decline”, Jesse who hasn’t been in the headlines lately, ever since his name sake got sent up the river, figured he better put his two cents in and rattle his wooden saber before his followers forget about him and quit donating to his “causes”.

It must be really hard for these “Duck Dynasty Dissenters” to comprehend that Phil was merely expressing his personal views. What he was trying to convey is how he see the world. I don’t really believe that the Head Ducker ever intended to hurt anyone’s feeling or thought there would be such a backlash on his comments. Don’t forget, those hill jacks didn’t get much formal schoolin.

Give me a nickel for every-time when Jackson and his crew stuck their foot in their mouth and I can retire again.

On the other side of the coin, if it were a black person making disparaging about some white people you would never hear a peep out of the “grand-standers”.

Give it a rest Jesse; go out to dinner tonight and order some roasted duck. Watch out for the B-B’s pellets. I am sure someone will pick up your tab.

COMMON-SENSE is the name of the game Addressing topics other bloggers shy away from. All posts are original. Objective: impartial commentary on news stories, current events, nationally and internationally news told as they should be; SHOOTING STRAIGHT FROM THE HIP AND TELLING IT LIKE IT IS. No topics are off limits. No party affiliations, no favorites, just a patriotic American trying to make a difference. God Bless America and Semper Fi!
View all posts by The Goomba Gazette →
This entry was posted in foolish people, foolish remarks. Bookmark the permalink.