The coward is afraid of dying – get the crying towels out

The scumbag/coward got life in prison plus 1000 years for pleading guilty.

I would like to know what happened to the not guilty plea his “ambulance chaser” made for the coward about a month ago? They should have hug the coward on the spot and saved the taxpayers a load of money. Imagine what it would cost to house this piece of trash coward for 1000 years.

The only good that has come about with this “whore deal” is that the victims the coward held captive, raped and tortured for over 10 years do not have to come in contact with this cockroach again.

I hope when coward gets to whatever prison the coward is going to, the coward will be put in the general population and Jo-say and his crew are waiting to welcome this coward. If so, this coward and beater of women won’t last 2 weeks. Wishful thinking. 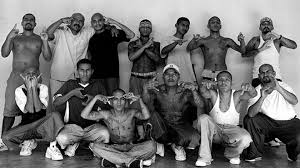 ALWAYS COMMON-SENSE Addressing topics other bloggers shy away from. All posts are original. Objective: impartial commentary on news stories, current events, nationally and internationally news told as they should be; SHOOTING STRAIGHT FROM THE HIP AND TELLING IT LIKE IT IS. Direct and to the point unbiased opinions. No topics are off limits. No party affiliations, no favorites, just a patriotic American trying to make a difference. God Bless America and Semper Fi!
View all posts by The Goomba Gazette →
This entry was posted in Crime, Evil, slime bags. Bookmark the permalink.