Isn’t this a bitch!!

Lois Lerner has been put on administrative leave with “FULL PAY” until this IRS fiasco is resolved and who knows how long that will be. If she is lucky she will be able to retire by the time this whole scenario is shook out.

This woman makes $177,000.00 a year or $3,403.85 a week to sit on her lying behind because she is being loyal to the people above her by keeping her mouth shut concerning the IRS scandal. That is what I call taking care of your own, in style.
Sen. Chuck Grassley (R-Iowa), a senior member of the tax writing Finance Committee, said in a statement Thursday that Lerner was placed on administrative leave after she refused a request from Danny Werfel, the newly installed acting IRS commissioner, to resign.

Refused to resign?? That can only happen in a government job. In the private sector if an employee screws up enough, they are not asked to resign, they are fired.

Why is it that the government is so lax with their policies when it concerns their own people? Is it because the people Mizz Lerner is covering for are the top dogs in the administration and this is her reward for her “Omerta”? That would be my bet. 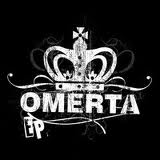 Where else can a person get a job that is bullet proof?

COMMON-SENSE is the name of the game Addressing topics other bloggers shy away from. All posts are original. Objective: impartial commentary on news stories, current events, nationally and internationally news told as they should be; SHOOTING STRAIGHT FROM THE HIP AND TELLING IT LIKE IT IS. No topics are off limits. No party affiliations, no favorites, just a patriotic American trying to make a difference. God Bless America and Semper Fi!
View all posts by The Goomba Gazette →
This entry was posted in Crime, Devious, Government. Bookmark the permalink.